YOU ARE AT: Business MK > Environment > Our environment can benefit from our economy’s success

Our environment can benefit from our economy’s success 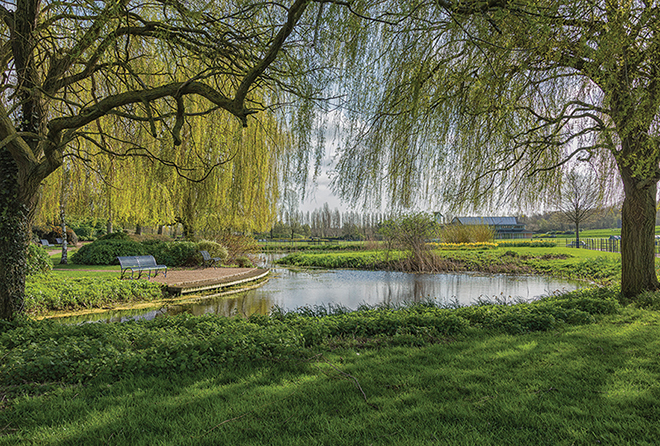 Milton Keynes Mayor Cllr Sam Crooks argues that business and the council must work together to balance the borough’s economic success with its environmental needs.

WHEN I first came to Milton Keynes we spoke of our green infrastructure and looked with pride on The Parks Trust maintaining a city-wide network of open spaces, parks and woodlands. Since then our vocabulary has widened. A blue infrastructure of lakes, rivers, swales and the canal has become increasingly important as our awareness of climate change develops.

For residents replying to the council’s recent consultative document on the future growth of Milton Keynes, these green and blue infrastructures are hugely important to their quality of life. They provide opportunities for exercise, recreation and leisure.

To the scientist they contribute to capturing the city’s carbon emissions and improving air quality as do the millions of trees already growing here. The council is committed to becoming carbon neutral by 2030 and carbon negative by 2050. Flooding is also an issue. In recent years more than 600 Milton Keynes residents have suffered localised flooding as our flood management system nears capacity.

A recent Sunday Times article highlighted Milton Keynes as a top place to do business with productivity levels over a quarter above the national average outside London. We are the 12th largest city economy in the United Kingdom, creating in recent years more than seven jobs per each new home compared with an historic target of 1.5 jobs per new home.

But our very success is raising challenges. We are increasingly reliant on people commuting into the city to fill our unfilled vacancies, which adds to traffic congestion. The cost of renting privately, and of our house price to earnings ratio, have both exceeded national averages for the last four years. Some of our estates count among the ten per cent most deprived in England and life expectancy across the city varies by as much as 7.5 years. One in five of our current jobs are in sectors that are likely to shrink on account of automation and similar trends.

The council believes that the city will need at least 120,000 new jobs by 2050 a significant number of which will be in the knowledge-based industries. We also calculate that we will need around two million square metres of additional employment floor space within the city or adjacent to it.

Some of that growth will be in Bletchley once it becomes the junction where the West Coast main line and the new East West railway will intersect. But there will also be a rise in employment locations throughout the expanded city. These yet-to-be-built communities will include mixed-use centres and employment areas supplemented by small-scale business premises in new local centres. A mass transit network is planned which will create employment opportunities along its routes. Larger sites are also envisaged for major logistics operations.

How then do we harmonise our green and blue aspirations with the prerequisites of future economic success? I believe that business and the council must work together in integrating these elements. We should see development as an opportunity to improve the environment rather than just mitigating its impact. I want Milton Keynes to remain a great place to do business as well as becoming one of Britain’s greenest cities.