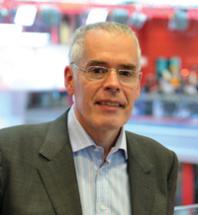 Mr Horrocks pictured has overseen the formation of plans for significant change at the OU to ensure its financial sustainability for the future.

It has suffered from falling student numbers and Mr Horrocks has been looking at finding £100 million worth of savings from its £420 million annual budget.

He has stood down with immediate effect but will continue to work with the university for the next three months during the hand-over period.

Mr Horrocks said in a statement: “The OU faces a scale of challenge that is unprecedented. The requirement for social justice in education is acute and the demands for new skills are ever present, which means that a great institution like ours is needed more than ever.

“I know that all members of the university will continue to commit themselves to the changes necessary to live up to these opportunities.”

His resignation came a week after  University and College Union members at the OU called for him to quit.

UCU regional official Lydia Richards said: “Staff made it quite clear that the vice-chancellor had to go and we are pleased he has finally got that message. The Open University is a fantastic institution and Horrocks’s replacement must defend the unique role it plays in our education system and the work of its staff.

‘The university leadership team should now scrap the damaging plans to cut jobs and courses, and work with us to develop a more positive strategy for the future of the institution."

Development of the Student First Transformation programme, overseen by Mr Horrocks, has put together a comprehensive set of plans for learning, technology  and the student experience, which will be put forward for consideration and implementation under the acting Vice-Chancellor.

“I understand that executive deans and all the senate-elected members of council are ready to support the teaching principles and framework, and curriculum review and plan, and will recommend this to senate,” Mr Horrocks said.

“With those two components of Students First approved by academic governance, the university will have reached an important milestone. So the time has come when I am ready to move on, having achieved my primary goals at the OU.

“I am delighted that recently there have been very strong expressions of political support for improved policies for part-time learning, a cause to which I have given everything I could.”

Pro-Chancellor Richard Gillingwater said Mr Horrocks, who arrived as vice-chancellor in 2015, had made an “enormous” contribution.

“He has shown real courage and determination in articulating and addressing the challenges we face internally and externally,” Mr Gillingwater added. “Inside the university, he championed improving the service that we offer to our students and brought a laser-like focus to placing us on a secure financial footing.”

Mr Horrocks also has campaigned tirelessly to raise the profile of part-time higher education, building alliances with industry and like-minded organisations to highlight the role of part-time HE in skills training and economic productivity.

“Peter has recaptured the pioneering spirit of the OU, challenged norms and pushed us to put innovation at the heart of our preparations for the future. He departs with our sincere thanks and warm wishes for the future.”