YOU ARE AT: Business MK > News > Orchestra set to raise the roof to celebrate MK Dons SET’s 10th anniversary 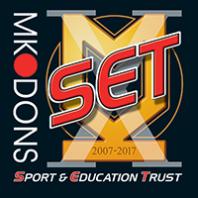 Milton Keynes City Orchestra will perform a programme of iconic sporting themes and a traditional ‘Last Night of the Proms’ spectacular.

MK Dons SET chief executive John Cove said:  “We are delighted that the orchestra are supporting us, not only with SET’s birthday celebrations but also MK50.

"It is fantastic that we have been able to adapt the set to include iconic sporting themes which represents sport in Milton Keynes.”

This event takes place on November 17, with the doors opening at 6.30pm and the programme beginning at 7pm.

Orchestra chair Marian Livingstone said: “It is a great honour for MKCO to be chosen to celebrate the tenth anniversary of MK Dons SET. We have great admiration for the community impact of this highly successful charity.

“This is our first time performing under cover in the arena and our music director Damian Iorio has had great fun working up the sporting music programme with the SET team.”