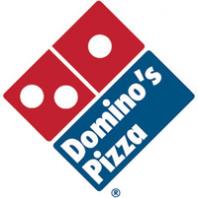 E-commerce revenue grew by 56.6% in the final quarter of 2012 to £84 million, with the annual figure increased by more than 46% to £268 million.
In-store sales in the UK rose by 5% as trading continues to be robust, said a spokesman at Domino’s UK headquarters in Milton Keynes.
Domino’s also opened a record 69 new stores last year – 57 in the UK and Republic of Ireland and 12 in Germany, where the firm has also strengthened its management team.
Chief executive Lance Batchelor said: “Yet again, Domino’s has delivered solid results in a tough trading environment. Our like-for-like sales growth in our core UK market has been good and we have opened a record number of stores across the group.”
Domino’s expects to publish its preliminary results later this month.
Mr Batchelor said: “We are excited by the positive signs in Germany and the group as a whole is well-placed for further growth. I am pleased to announce that the company will deliver full year 2012 profits in line with market expectations.”