YOU ARE AT: Business MK > News > Numbers… beautiful adornments to all our lives

Numbers… beautiful adornments to all our lives 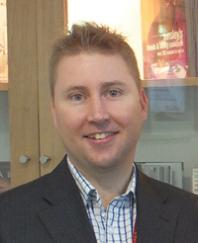 LATER this month, I shall be presenting a master class on behalf of the Royal Institution to a group of 14-year-olds which I hope makes them think again about beauty.
What might surprise some people is that I will not be talking about art or literature… but numbers. The aim of the session is to show how we all use mathematicsin the most practical ways in our everyday lives (frequently, without even realising it) and to try to awaken in them the fascination and enthusiasm I have for the subject.
Along the way I very much hope they will see just how elegant and beautiful this world of numerical problem solving can be.
Think of the man or woman who delivers your post. They walk, cycle or drive over a specified area where they have to stop to pick up or deliver post at numerous individual locations. Speed and efficiency demand careful route planning to avoid retracing steps unnecessarily.
The postie in question might not realise it but there is some complex mathematics involved in choosing the right way to go – so much so that companies spend a lot of money on software which calculates all the variables involved in producing the most efficient routes.
It is just one example of the kind of real world applications which can inspire people to see how important numbers are and to want to know more about them.
It is sometimes easy to forget that ‘life, the universe and everything’ are governed by mathematics, from the movement of the planets to a masterly football free kick.
Before the 2002 football World Cup, an Oxford academic wrote a surprisingly lengthy paper on how David Beckham was a phenomenal mathematician without even knowing it.
His research actually showed that to bend a ball with the skill and accuracy of such an expert ought to be impossible. The precise knowledge of wind speed, air pressure, humidity, the degree of friction between ball and boot and ball and grass, the exact weight and volume of the ball – all of these and many more highly significant numbers are essential ingredients for finding the top corner of the net.
Without realising it, the paper argued, the England captain was making numerous mathematical calculations (and assumptions) every time he took aim for goal.
Now if none of this strikes you immediately as beautiful or captivating, allow me to provide you with the proof.
Researchers at University College, London, showed a number of complex equations to mathematicians while subjecting them to brain scans.
The most beautiful formulae provoked an identical neurological response as when they were played music from the great composers, lighting up the emotion centre of the brain.
Einstein called mathematics “the poetry of logical ideas,” while the philosopher Schlegel described it as “a sensuous logic.”
I just hope that the young people I will be talking to can also see the lustre and charm of numbers and that they are both vital to and beautiful adornments for all our lives.