YOU ARE AT: Business MK > News > NIC report: We must seize the opportunity and work together, says senior expert

NIC report: We must seize the opportunity and work together, says senior expert 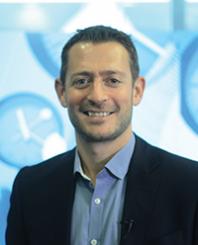 Business has been giving its views on the report, published on Friday (November 17).

The NIC has asked for government funding of more than £1 billion to upgrade road and rail links across the South East Midlands, and sets out plans to build 1 million new homes and create 1 million new jobs throughout the region over the period to 2050.

Ben McDonald pictured, senior partner at business advisers KPMG’s Milton Keynes office, said: “My ambition is to have an advisory team in Milton Keynes that is brilliant for our people and for businesses in the area.

"The long-term sustainable improvements and investments will continue to make Milton Keynes and the surrounding towns a fantastic place to work but we need to work together to fully realise the latent potential in the region.

“We must follow Lord Adonis’ call to ‘seize the opportunity’.

“Employment levels are high but businesses tell me that talent is not always available.  As well as the promised increased housing, we need to invest in education, especially in emerging technologies and new industries, to ensure we achieve population growth by attracting high-calibre people and organisations, from the UK and especially from overseas.

“Unless we harness the full power of the expertise and experience available to us, Milton Keynes could become the place that these improved transport links pass through.  We can become a desirable destination, rather than a rail stop along the way.

“As a modern, largely purpose-built city, Milton Keynes itself is an ideal practical testing ground for the technologies developed across the region.  It is also a prototype for the new towns promised in the Commission’s report.”

KPMG released its report Improving UK Regional Productivity Performance on Thursday last week, which also concluded that potential is significant in the area.  Upskilling the existing workforce was cited as the most significant challenge currently faced by the East Midlands region. Secondary and primary educational attainment both need to be improved, the report concluded.

The research also referenced the need to enhance rail links to the East of England, to ease road traffic congestion.

Mr McDonald said: “According to our report, the East Midlands is in the middle of the pack for productivity performance across the UK, but scores lower overall than the South East, for example, which should be considered an indication of the opportunity here, especially given the leading position companies are taking in areas such as autonomous vehicle development and other future technologies.”

PROFESSOR Sir Peter Gregson, vice-chancellor and chief executive of Cranfield University, said: “I welcome the report of the National Infrastructure Commission and its recognition of the importance of the Cambridge-Milton Keynes-Oxford arc to the UK economy.

“Universities in the region such as Cranfield have an important role to play in continuing to provide the world-class environments which allow technological innovation to flourish and business to thrive.”