YOU ARE AT: Business MK > News > Next generation ‘will need £1m pension pot before they retire’

Next generation ‘will need £1m pension pot before they retire’ 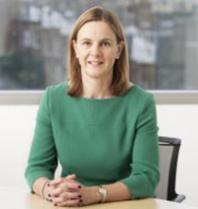 A survey of 2,000 UK adults found that millennials – those born between 1982 and 2000 – are putting far less emphasis on saving and much greater emphasis on continuing to earn a living than any other age group.

The expectation of working in retirement is 50 per cent higher among 18-24 year olds than those who are nearing, or already in, retirement, which means up to four million over-65s in the workplace by 2056.

“A million pounds is a realistic figure and at the same time will be very daunting,” said Liz Ritchie (pictured), partner and head of private client services at Mazars, which commissioned the survey by OnePoll.

“Millennials told us that 63 was their anticipated retirement age; a 24-year-old earning around £24,000 a year today would need £1 million to fund their retirement and maintain their standard of living until they were 80 for men, or 85 for women.

“However, changes to pension structure, the closure of final salary schemes and the erosion of tax benefits have had an effect on the public’s view of pensions which could impact on future generations.

Mazars estimates that by 2040 there could, conservatively, already be two million ‘working retired’. In reality, if recent increases in older workers are repeated, the figure could be much higher and lead to a generation that may never actually retire.

The UK currently has 1.2 million adults employed over the age of 65. Using the government’s population estimates, the number of over 65s is set to rise by almost a half to 18 million by 2039 indicating 1.8million over 65s in the workforce in the next 20 years.

Trends agency The Future Laboratory has seen a new consumer mind-set emerge. Termed the ‘Flat Age Society’, it describes how people are refusing to slow down just because they have reached the traditional age of retirement.

Liz Ritchie said: “Those thinking they can simply work longer may find themselves unable to and as a result, with a gap in their finances.

“We all hope our later years will be a time to slow down, relax and enjoy life. To achieve this, we have to make long-term financial planning a priority. This is not just among those newly entering the workforce but also across all ages. It is never too late to help make your finances in later years that bit more comfortable.”