YOU ARE AT: Business MK > News > New route targets business 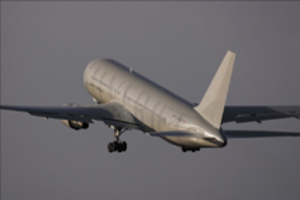 The flights are scheduled to begin in November.

Silverjet has chosen Dubai above several other shortlisted destinations for its second international route in light of its status as one of the worldâ€™s fastest developing commercial centres and its buoyant business relationship with the UK.

Annual exports to the UAE from Britain have reached almost Â£6 billion, an increase of 100pc year on year.

“With premium air traffic to the emirate growing at 20 per cent year-on-year, this new route represents an exciting opportunity for Silverjet.””

Dubai continues to invest in its infrastructure and international relationships to attract business from the UK. The recently introduced pro-business government policies and zero taxation on profits and income make it one of the most liberal regulatory environments in the region.

This is fuelling enormous growth and development in the area and Dubaiâ€™s office space is now expanding faster than almost anywhere else in the world. British businesses which have already established successful operations there include Ernst & Young, Big Yellow and Newby teas.

Mr Hunt said: “”Dubai has become an international business city of global significance and it continues to attract a growing number of British organisations.

“”In addition to large corporations, small and medium sized businesses, such as those in the construction, hospitality and design industries, are increasingly looking east to take advantage of the emiratesâ€™ wide choice of business options.

“”We are looking forward to becoming the airline of choice for those executives travelling to and from the UK.””

Silverjet will be the only commercial airline in the world to use the 5,000 sq ft Executive Terminal at Dubai International Airport for customer arrivals and departures.

It flies from its private terminal at London Luton and its aircraft operating on the London Luton-Dubai route will offer a specially tailored service including a Halal menu, Arabic menus, Qibla service and ladies-only toilet to meet the needs of customers from the United Arab Emirates.
“