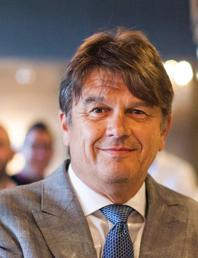 Oakman Inns also runs the Navigation Inn at Cosgrove, which it refurbished after acquiring it in 2015.

Chief executive Peter Borg-Neal (pictured) said: “I have long been an admirer of Olney and have always wanted to have an Oakman Inn in the town.

"We really like this part of the world and the runaway success of the Navigation Inn at Cosgrove has provided further encouragement.

“It is going to be a venue for those wanting a more stylish and comfortable but affordable offering than the ordinary.”

If planning permission is granted, Oakman Inns plans to name the building The Cherry Tree after Olney’s June Cherry Fair. It hopes to be able to create up to 40 new jobs in the town.

Oakman Inns intends to stage a week-long consultation exhibition once their plans for the building are finalised.