YOU ARE AT: Business MK > News > New-look Station Square is officially opened 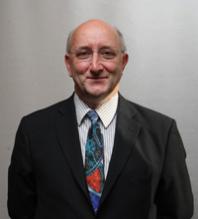 The plaque has been specially made locally to recognise the major changes within the square which includes new signage ‘totems’ and lighting, bespoke bus shelters and space-saving cycle racks.
At the request of Central Milton Keynes Town Council, the work has also included the infrastructure within the square for public toilet facilities which can be installed at a future date by a contractor chosen by CMK Town Council.
Cllr John Bint (pictured), cabinet member for highways and transportation, said: “Station Square is an important gateway into the city and as such it was vital that we combined practical use, health and safety requirements and stakeholder needs within our plans. In addition we wanted to give the area a much needed overall boost without straying from the original design ethos for CMK in general and I believe that this redevelopment has done just that.
“Comments sent to the council from people who regularly use the Station Square area say that the new layout and clear signage have been a great improvement”
As the station area has become more widely used over the years, issues with traffic management, congestion and pedestrian safety have arisen.
The most significant addition to the square is the large pedestrian walkway that separates the buses, taxi rank area and drop-off points and has provided pedestrians with a large and safe approach to the station building.