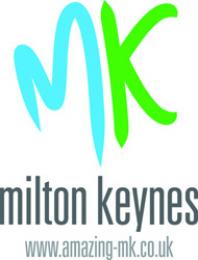 Since April, Milton Keynes and the surrounding area has hosted:
The city’s official tourism and information provider Destination Milton Keynes has been working with some of the providers to establish the economic impact on local business.
Northampton Saints figures show that around 3,500 Ulster fans travelled to Milton Keynes for the quarter-final match, each spending an average of around £250 – mostly on food, drink and accommodation.
DMK estimated that the away support generated a total spend of almost £1 million in Milton Keynes – and this excludes spend by the 18,000 Saints supporters on food and drink.
The Association of Milton Keynes Hoteliers also carried out research with its 22 members to estimate the spend on accommodation over the Foo Fighters concert weekend. It estimates that the income from this was around £640,000, not including spend on food, drink, transport and additional entertainment.
DMK says that the events have had a hugely positive impact on the visitor services that it provides. The DMK website www.destinationmiltonkeynes.co.uk received more than 38,000 visits and more than 100,000 page views in June and July.
General manager Jackie Inskipp said: “These types of large events help to establish Milton Keynes in the international leisure market and will ultimately enhance MK’s reputation as a destination to invest in.
“It shows what a real difference major events can make to Milton Keynes. They provide a much needed revenue stream for our accommodation providers but, more than that, they also give us an opportunity to promote the city to a wider, national and international audience.”
If your organisation would like to become a member of Destination Milton Keynes, telephone 01908 677010 or visit www.destinationmiltonkeynes.co.uk