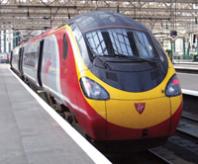 The Virgin Trains services leaving Euston at 1910 and 1920 will no longer be available to passengers travelling to Milton Keynes Central on Thursday and Friday, as of this week.

In the short term, London Midland are advising passengers travelling on this route between 1843 and 1943 to consider using one of the following services:

Virgin Trains have added in an additional service train stopping at MKC on Friday evenings only; the 1846 to Preston which arrives in Milton Keynes at 1918.

Mark Lancaster, MP for Milton Keynes North, said: “This news is concerning. In 2013, along with several other MPs, Iain and I wrote a joint letter to the then Transport Minister, Simon Burns, to highlight the disruption caused by the overcrowding of this route and these changes will only make this worse.

“We are keen to meet with Virgin Trains urgently to see what more can be done to address this issue.”

His Parliamentary colleague Iain Stewart, MP for Milton Keynes South, has already raised the issue with both Virgin Trains and London Midland.

He said: “ I understand the Department for Transport has given London Midland the go-ahead to have additional carriages on other services during those peak times to cover the additional pressures. However, we are still concerned and together with Mark I will be lobbying for further resolutions.

“This sort of issue demonstrates the need for the HS2 project to create more capacity for services stopping at Milton Keynes.”