YOU ARE AT: Business MK > News > MP voices fears over Enterprise Bill 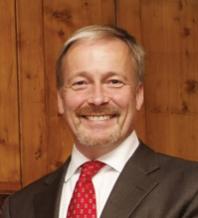 Speaking in the House of Commons at the third reading of the Enterprise and Regulatory Reform Bill, Richard Fuller said that the government should be doing more to encourage entrepreneurship.
Yet, he added, the bill did not include plans to reduce the amount of fees and charges imposed on businesses, the overly high rateable values hitting retailers, nor a policy to lessen the impact of EU regulations.
The Enterprise and Regulatory Reform Bill is now passing through the House of Lords. It is due to receive its Second Reading in the Upper House today (Wednesday).
The Bill outlines proposals for the UK Green Investment Bank and will affect employment law, competition legislation, copyright and dirctors’ pay.
Mr Fuller (pictured), MP for Bedford, told the Commons: “Enterprise and regulatory reform  are words to bring succour to those who work in the engine room of the British economy – words that can take 1,000 ideas for a new business, which have been discussed over a pint or sketched out on paper, and transform them into job-making, wealth-creating vehicles of growth.
“The anticipation for the Bill is almost tangible but I fear that it will fall short of fulfilling the hopeful expectations.”
He urged the government to use the legislation to display a trust in those setting up a business and to provide them with greater access to capital.
Mr Fuller said: “We need to create a front-foot nation, a nation of entrepreneurs. It must be as much a part of our culture for people to want to own their own business as to want to own their own home.
"We need a people with the willingness to start, the ambition to grow and the courage to try again. We need a local community spirit that expects, encourages and supports those endeavours.”