YOU ARE AT: Business MK > News > MP: The politics of today is not the politics we want or need for our great country

MP: The politics of today is not the politics we want or need for our great country 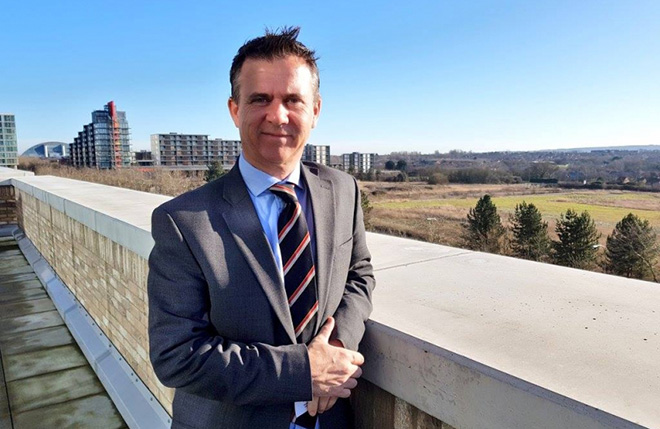 Mark Lancaster, MP for Milton Keynes North, is not to seek re-election at next month’s general election.

MP Mark Lancaster has announced his decision to stand down at the general election next month.

After 15 years as MP for Milton Keynes North, now is the time for him to seek new challenges, he says.

He will not contest his seat due to the public’s anger over Brexit and personal abuse he has received, including two death threats.

Mr Lancaster said: “The politics of today, with all its anger, abuse and in my own case, two threats on my life, is not the politics we want or need for our great country. It certainly bears no resemblance to the political arena I entered when first elected in 2005.

“Nor is it the politics of Milton Keynes. We have always been at our best and delivered the most, when we are able to express political disagreements through healthy debate then unite as a community and as a country. I hope one day that we can return to such a place.

He rose to become a Minister of State for the Armed Forces. “It has been the greatest honour of my life to have served as the Member of Parliament for Milton Keynes North for nearly 15 years. Like so many others I have fallen in love, not only with the place but the wonderful people, from all walks of life, that make Milton Keynes one of the best places to live, work and play in our great country.

“However – after much soul searching and deliberation, I have decided that now is the time for me to stand down.

This has not been an easy decision, but all good things come to an end. Whilst I would have dearly loved to have seen my constituents wishes delivered and Brexit finally secured on my watch, an early General Election has brought me to the conclusion that, after 15 years, now is the right time to seek new challenges. It is time for somebody else to pick up the baton.”

He praised the work of Conservative local councillors, activists and supporters – whom he described as “such a tower of strength to me over the years”. He also paid tribute to the 14 mayors of Milton Keynes with whom he had worked during his time in Parliament.

“The Milton Keynes’ motto is ‘By knowledge, design and understanding’ and it is in this spirit that we have seen this great city go from strength to strength in recent years,” said Mr Lancaster. “MK has flourished thanks to the collective efforts of so many wonderful, dedicated people and I am sure that if we follow those defining principals as a community, it will continue to do so.

“I will be spending the next few weeks doing everything I can to ensure that Milton Keynes North continues to be represented by a strong Conservative MP. That is the only way we can ensure that Boris Johnson is returned as Prime Minister and Brexit is delivered.  “The PM has my full and unequivocal support in this challenge.”