YOU ARE AT: Business MK > News > MP: Milton Keynes commuters will benefit from HS2 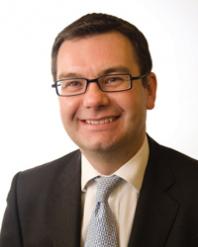 Sir David, who left his post as chief executive of Network Rail to become HS2 chairman, suggested the initial part of the project should run from London to Crewe by 2027, instead of merely reaching Birmingham by 2026.

His report recommends “a more comprehensive redevelopment” of London Euston Station, which will be the hub of HS2.

In the report, he added: “Whilst it is still too early to talk about precise timetables, Milton Keynes could get 11 trains to London per hour compared to 6 now.”

Mr Stewart, who is also Parliamentary Private Secretary to Secretary of State for Transport Patrick McLoughlin, said: “I welcome Sir David’s report. there are some very strong recommendations that the government will ask both HS2 and Network Rail to look at in more depth.

“Although HS2 will not directly run through Milton Keynes we will see many advantages. It is vital we invest in projects such as this. Without it commuters from Milton Keynes and along the West Coast Main Line are likely to have to queue for several trains before they can even get on board.

“This is something nobody wants to happen and, as the report suggests, Milton Keynes will experience more services as a result of HS2 freeing up the line to London Euston.

“In addition to possible extra services the city is putting in a bid for the proposed HS2 skills academy which would bring yet another plus of HS2 to Milton Keynes.”