YOU ARE AT: Business MK > News > MP: It is absolutely valid for people in England to expect devolution

MP: It is absolutely valid for people in England to expect devolution 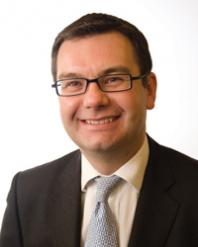 Mr Stewart has called for a ‘double majority system’ which would see Scottish MPs able to contribute to debates and votes on English laws, but would also require "explicit English consent to be introduced".

On the front page of Saturday’s Scottish Herald, Mr Stewart (pictured) stated his idea would be a "workable model that would address the English dimension of devolution."

The on-going national debate on English Votes for English Laws was sparked by the Scottish Referendum in September.

Mr Stewart has been a leading figure attending discussions at Chequers and 10 Downing Street as well as giving in a submission to William Hague’s Cabinet Committee.

Scottish-born Mr Stewart, MP for Milton Keynes South, said: "I think it is absolutely valid for people living in England to expect some form of devolution. With Scotland, Wales and Northern Ireland getting more powers, it is only right to address the English dimension.

"I do not think there is any desire for another layer of politicians. I think we need to work around what we already have but allow for English consent on the laws affecting only England."

The committee is expected to deliver its proposals by the end of next month.