YOU ARE AT: Business MK > News > MP hails economic growth but warns against complacency 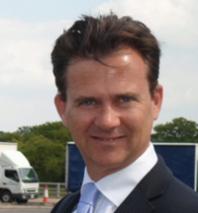 The Office for National Statistics has announced that UK economic output grew by 0.8% between July and September, according to the official GDP figures.
Unemployment in Milton Keynes is at 2.8%, according to September’s figures. Mr Lancaster pictured, MP for Milton Keynes North, said that UK GDP had experienced its fastest growth for three years.
He added: “These figures are promising and I am pleased to see that the economy has grown by 0.8% this quarter.
“There is still more work to be done and we cannot be complacent but with major inward investment locally and confidence returning, Milton Keynes continues to be seen by many as the place to do business and I will do all I can to ensure that this is the case.”