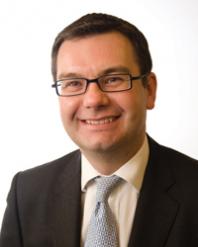 Iain Stewart (pictured) has welcomed government plans in the Local Government Finance Bill to give local authorities a greater share of the income they generate from business rates.
Figures for the current financial year indicate that Milton Keynes is forecast to receive just under £70 million despite having contributed £132.5 million in business rates.
Speaking during a debate in Parliament, Mr Stewart – who represents Milton Keynes South – said that the measures in the Local Government Finance Bill, along with those introduced in the Localism Act 2011, would help the city become master of its own destiny and grow into what it wants to be.
He added: “Milton Keynes loses out pretty badly under the current system. The history of Milton Keynes shows that we have not had our fair share of revenue allocation over the years at local government level and in the health service. I very much welcome the proposals that will give us that fair share.”
Milton Keynes & North Bucks Chamber of Commerce chief executive Colin Fox has also backed the proposed measures. He says that they have been welcomed by local business, which wants to be a genuine partner of the local authority in boosting growth and developing the underpinning infrastructure for this.