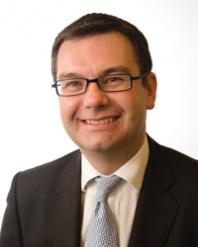 The new initiative Get In Go Far is part of the government’s plan to have created three million apprenticeship starts by 2020.

The current reforms of apprenticeships are putting employers at the heart of developing new apprenticeship standards, with over 1,500 employers involved from nuclear to fashion, digital, law, banking and transport.

Mr Stewart pictured, MP for Milton Keynes South, said: “I am a huge advocate of apprenticeships. For too long too many young people have been forcefully steered towards traditional university degrees or work without not much in between.

“Things are now starting to change and when I visit businesses and schools around Milton Keynes it is clear apprenticeships are now taken seriously and are actively being encouraged.”

The Get in Go Far campaign aims to showcase the amazing opportunities that apprenticeships offer, to show young people, parents, teachers and employers the benefits of apprenticeships and to raise perceptions of them as a credible route into work.

THE GOVERNMENT’S plan to introduce a levy on the UK’s leading employers to encourage the recruitment of apprentices will lead to training providers and businesses working closer together, a forum to debate the issue ghas heard.

Bedford College hosted a meeting of all apprenticeship providers in the region to discuss the levy, which is due to take effect in April next year.

It will apply to the top 2% of employers – those with a payroll of more than £3 million. They will pay a percentage into their Digital Apprenticeship ‘bank account’ and can spend that money on apprenticeships delivered by registered providers.

The forum, held at The Mansion at Old Warden, was co-hosted by the South East Midlands Local Enterprise Partnership.

Bedford College vice principal Mike Johnson, who was head of Shuttleworth College at Old Warden until its merger with Bedford College in 2009, said that the college is now the largest education and training provider for students aged 16-18.

He added: “We have over 1,500 apprentices currently with employers and more coming on board towards advanced and Higher Level apprenticeships.

“Our partner companies range from agriculture to engineering and advanced technology. We see that this new levy by the government will necessitate closer collaboration with major employers.”