YOU ARE AT: Business MK > News > MP backs area’s case to be a government Enterprise Zone

MP backs area’s case to be a government Enterprise Zone 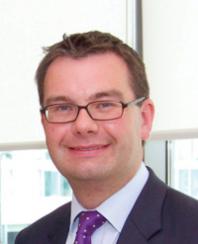 Iain Stewart (pictured) has urged the business community to work with him to formulate and champion the sub-region’s case.
He said: “It is about areas that have the most potential to grow and this has been one of the nimblest and most prosperous economic areas in recent time. We have a very strong case.”
Chancellor of the Exchequer George Osborne announced in his Budget statement last week that the government was to set up a total 21 Enterprise Zones across the country, incentivising growth through reduced business rates, less planning restrictions, super-fast broadband and potential to use enhanced capital allowances in areas where there is a strong manufacturing presence.
He named 11 areas but ten remain to be allocated.
Mr Stewart, MP for Milton Keynes South, was speaking at a Milton Keynes & North Bucks Chamber of Commerce-organised breakfast event analysing the implications of the Budget.
He told an audience of more than 100 business people at DeVere Harben House in Newport Pagnell: “We have an opportunity in Milton Keynes to put forward a case that the SEMLEP should be one of these ten enterprise zones and that would carry tax incentives and other benefits.
"We should think seriously as a business community whether this is something we want. We need to decide if we are going for it and if so, how. I am happy to work with you to put the case forward.”
Chamber chief executive Rita Spada said: “We have a degree of freedom in how we put together an enterprise zone. We need to get round the table, agree what we want and look at the other models that have been agreed. We need to do that sooner rather than later.”
Mr Stewart said that it had to be the private sector that would lead the UK into brighter economic times.
He was encouraged by the measures – including reduction in corporation tax, an easing of the red tape burden of business regulation and the announcement of plans to consult on proposals to merge income tax and National Insurance Contributions – introduced by the Chancellor of the Exchequer George Osborne in his Budget statement in March.