YOU ARE AT: Business MK > News > Most Brits are planning for a ‘no deal’ Brexit, says new survey

Most Brits are planning for a ‘no deal’ Brexit, says new survey 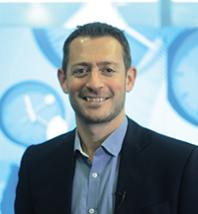 67% of people surveyed in the South East are expecting prices to rise in the event of a ‘no deal’ Brexit. And the survey of more than 3,000 people shows all demographic, employment and political groups believe a ‘No Deal’ Brexit is more likely than not.
The poll also reveals that a clear majority of respondents from the region believe a ‘No Deal’ scenario would have a significant impact on their life: 67% think prices would rise (70% nationally).  Also 39% of respondents in the South East region (45% nationally) believe a no-deal’ scenario will be bad for the country compared with 28%  (25% nationally) who think it will be good.
Ben McDonald, senior partner at KPMG’s office in Milton Keynes, said: “This survey shows the public are anticipating substantial disruption in the short to medium-term before they expect Brexit to have a more positive effect on the economy in the medium to long term.
“During this period of disruption Brits expect prices to go up, delays at airports and sea ports, plus a potential hit to the pound.  The mood music of the Brexit talks is likely to have a direct effect on consumer confidence.”
In terms of behavioural change in the event of a ‘no deal’ Brexit:
Mr McDonald said: “Too few businesses have fully considered how consumer buying patterns may change if a no-deal scenario were to occur.
“We often find companies stockpiling inventory to mitigate potential customs delays without calculating how a squeeze on liquidity or a reduction in discretionary spend could affect their cashflow.

“Consumers, especially those of working age, are genuinely worried about price increases and travel delays and if no deal does become a reality we will see cutbacks on everything from the weekly shop, to handbags, holidays, cars and other major purchases.”