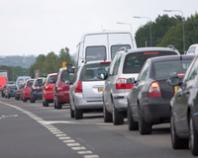 It is one of only four lead UK cities and authorities to win part of a £40 million government pot in the Go Ultra Low Cities programme, run by the Department for Transport and the Office for Low Emission Vehicles.

“I want to see thousands more greener vehicles on our roads and I am proud to back this ambition with £40 million to help the UK become international pioneers of emission cutting technology.

“The UK is a world leader in the uptake of low emission vehicles and our long-term economic plan is investing £600 million by 2020 to improve air quality, create jobs and achieve our goal of every new car and van in the UK being ultra-low emission by 2040.”

Usage is growing too – over the last quarter charging points were used 2,816 times – nearly doubling the previous figure of 1504 in the previous quarter.

David Martell, chief executive of Chargemaster plc, the operator of the Milton Keynes charging points said: “We would like to congratulate Milton Keynes on winning this bid. The city has already demonstrated that it is a great place to own and operate electric vehicle and the exciting new initiatives will accelerate this move towards electrification of transport across the city.

“Milton Keynes already attracts considerable interest from overseas as a showcase and the new programmes will make this even more the case. Key features of the Milton Keynes proposal are:

Council leader Cllr Pete Marland said: “Milton Keynes is one of the forerunners in electric vehicle technology. Nissan launched its electric LEAF car here five years ago and we have not looked back since.

“The technology involved in electric and other low emission vehicles has progressed at an exponential rate. They are widely accepted as ‘proper’ cars now and there is no doubt that they are a key in reducing harmful emissions into the atmosphere, which as we all know, is unsustainable.

“Being named as one of the Go Ultra Low Cities reaffirms our commitment to promoting the uptake of ultra low emission vehicles as part of our long term transport strategy. This funding is a very important step in making us one of the most sustainable regions in Europe.”

The government wants every new passenger vehicle sold in the UK by 2050 to have ultra low emissions and vehicles that fall into this category currently include pure electric vehicles, plug-in hybrids and range extended vehicles.

Ultra Low Emission Vehicles are categorised as having tailpipe emissions of less than 75kg/km of CO2  (to qualify for the plug-in car grant).

Poppy Welch, Head of Go Ultra Low said: “We’re excited to see the innovative ideas put forward by Milton Keynes become reality over the coming months. The £9 million funding by government, combined with local investment, will transform the roads for residents in and around the region.

“This investment will help Milton Keynes gain recognition as one of the most sustainable transport cities in Europe. Initiatives such as the EV Experience Centre, additional electric vehicle charging bays and allowing EVs to use bus lanes and park for free, are sure to appeal to drivers and inspire other UK cities and local authorities to invest in the electric revolution.”

The other ‘winning’ lead cities are London, Bristol and Nottingham.