YOU ARE AT: Business MK > News > Milton Keynes in line for government ‘exemplar’ status 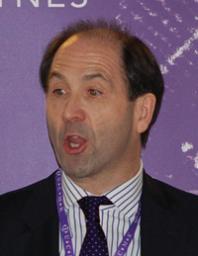 Milton Keynes is one of 30 cities and boroughs across Britain to be given £50,000 to carry out a feasibility study into their plans.
The money comes from the government-backed Technology Strategy Board which says the overall winner will show how they will “integrate their transport, communications and other infrastructure to improve the local economy, increase quality of life and reduce impact on the environment.”
Once chosen, the city awarded the £24 million will become a “demonstrator city” – a showcase of how modern technology intelligently applied can dramatically improve the lives of its citizens.  The winner would effectively be transformed into the most modern city in the country.
Professor Keith Straughan (pictured), Dean of UCMK said, “The university is delighted to be an integral part of this project which we will support through the research of our Smart Cities Institute created together with Milton Keynes Council.  We are looking at how cities can become self-aware and react instantly and imaginatively to internal and external influences.”
A smart city is one where technology and infrastructure support the needs of growing urban populations to make sure cities run as smoothly and sustainably as possible.
If successful, the scheme would attempt to integrate everything in the city from transport and waste disposal to power generation, healthcare, use of renewables and communication for maximum efficiency and minimum environmental impact.
Milton Keynes Council deputy leader Cllr David Hopkins says, “This is excellent news for Milton Keynes.  The project offers the potential for the council working with business to test new and innovative solutions for connecting and integrating individual city ‘systems’, and will allow us to explore new approaches to delivering a sustainable and ever-developing local economy together with excellent quality of life, while at the same time reducing the environmental footprint and increasing resilience to what seems to be an inevitable period of environmental challenge.”
Milton Keynes is already a pioneering city for electric cars and the council, in partnership with energy provider Eon, has 75 experimental homes that use smart technology. The council plans to introduce electric buses next year alongside a scheme to provide smart journey planning via mobile phones.
These initiatives promote Milton Keynes to the wider world and ultimately help boost its economy, said a council spokesman.
Professor Straughan said the potential success of such a scheme would rely heavily on the engagement of local people and business. He added: “The technology bit is challenging but the even bigger challenge is designing the smart city to be effective and acceptable for its citizens and businesses.
"Part of the challenge is to reduce the complexity to make the new smart systems simple enough that people are happy to use them and getting them on board with the wider concept – that they are saving money individually and collectively, that what they’re doing is sustainable but most importantly that they want to do it and can see the potential pay-back in terms of convenience or lower costs.”
Now the people behind the scheme have until November to put in their final bid.  The winner of the £24 million fund will be announced in January.