YOU ARE AT: Business MK > Uncategorized > Military veterans need better backing to be entrepreneurs, says FSB 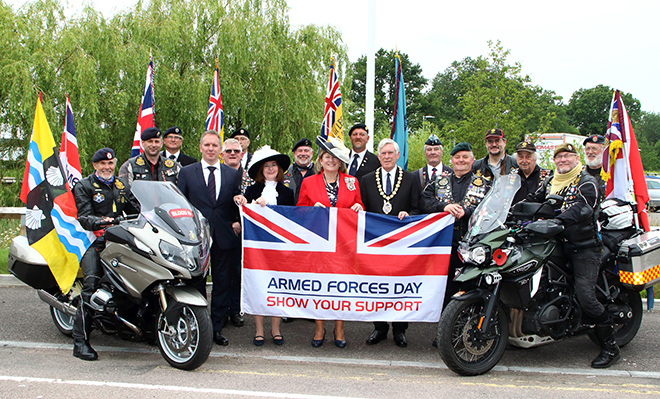 THE entrepreneurial and workplace talent of Britain’s military veterans is not being fully realised, according to a report from the Federation of Small Businesses.

The organisation is calling for a better connection between service leavers and the small business community.

Its report A Force For Business, published ahead of Armed Forces Day on Saturday (June 29), recommends an enhanced support package for those transitioning out of the armed forces, including a greater focus on the option of self-employment and the key skills needed to succeed in enterprise.

FSB’s research finds that more than one in ten of UK small businesses have employed a service leaver in the last three years, with manufacturing the most common sector (20%).

Among those employing veterans, the benefits they have found include resolving skills shortages (35%), improving team performance (27%) and providing fresh perspectives and creative ideas (26%).

FSB’s research suggests there are around 340,000 small businesses owned by service leavers, and the vast majority have grown to take on employees. 50% have between one and 10 employees, while 7% have in excess of 50 employees. 22% are sole-traders.

FSB national chairman Mike Cherrysaid: “Setting up and running your own business requires courage, determination and a strong work ethic. These are attributes which service leavers have in spades, and why self-employment is a route well worth considering by those coming towards the end of their time in the Armed Forces.

“For those seeking employment, small businesses can often be better than bigger ones at spotting and nurturing talent, rather than discard a service leaver’s job application because some of their skills and qualifications aren’t necessarily from a traditional academic route.

“But there is room for greater support and advice to service leavers on the options of self-employment or finding work within an existing smaller business, and there should be more of a focus on the key skills needed to succeed in enterprise.

“At the same time, employers would benefit from a simplified way of understanding and recognising the equivalence between military skills and civilian qualifications.”

The report also recommends more financial support for those service leavers in need of further training and qualifications to achieve their post-military ambitions.

And for small businesses which employ service leavers, it calls for a one-year holiday from Employer National Insurance Contributions.

Lt Col Ren Kapur, the FSB’s Armed Forces Champion for Small Business, founded and is chief executive of X-Forces Enterprise, which supports military personnel into business when they leave the armed services.

“Military service; the education, the knowledge and the experiences this provides individuals, is a wonderful foundation on which they can build their own career in self-employment or business ownership – they just don’t always know it when they are transitioning from their military institution to the commercial world,” he said.

“This is where X-Forces Enterprise  has been leading the way since our launch in 2013, and the spotlight that the Federation of Small Businesses is placing on this community is really welcomed.

“Many skills developed within the Armed Forces community are in high demand in the commercial world of employed work; cyber security, drone technology, telecommunications, logistics, prosthetics, and artificial intelligence, to name just a few.

“These extremely valuable skills must not be lost to the commercial world, either employed or self-employed – it is likely that these individuals can experience and flourish in both after serving their country so well.”