YOU ARE AT: Business MK > News > Meet the ‘Generation Rent’, priced out of the property market

Meet the ‘Generation Rent’, priced out of the property market 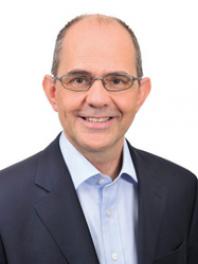 Only able to buy their first house aged around 35, encumbered with student debt of around £90,000 and with significantly less generous pensions than their parents’ generation: this is the legacy handed down by the early 1960s ‘baby boomers’ to the early 1990s ‘baby busters’.
On the other hand, the report by business advisers PwC notes that the baby busters are likely to live longer than their parents and to have higher absolute levels of consumption due to being born into a richer society after 30 years of technological progress and economic growth between the early 1960s and early 1990s.
The report, ‘Broken toys: what legacy will the baby boomer generation leave to the baby busters?’, reveals stark differences in the economic fortunes of people with similar career paths and life histories from different generations.
It says that, relative to average earnings in society at the time, the baby buster generation could be around 25% less wealthy at age 65 than the baby boomers in terms of total accumulated housing, pension and other financial wealth.
The report looks at the hypothetical lives of two men, the first born in 1963, the second in 1993. They have very similar careers as NHS doctors and make very similar life choices in relation to marriage and children, but accumulate very different levels of lifetime housing, pension and other financial wealth.
At age 65, the baby buster’s total wealth is projected to be higher, in absolute terms, at around £1.9 million, compared with the baby boomer’s at around £1.6 million, which simply reflects projected real growth in the economy between 2028 and 2058.
But relative to average earnings in society at those two dates, the baby buster’s comparative wealth is around 25% lower than that of the baby boomer.
Mike Robinson (pictured), senior partner at PwC in Milton Keynes, said: “Our report shows that, relative to living standards in society at the time, the baby buster generation may end up being up to 25% worse off than their parents in terms of accumulated total wealth at age 65 – even if the volume and variety of goods and services available to the baby busters is greater than for earlier generations due to being born into a richer society with more advanced technologies.
“Since academic research suggests that perceived happiness may be related more to relative than absolute consumption, there is an important sense in which the baby busters could be said to be significantly less well off than the baby boomers given the financial headwinds the baby busters face from student debt, less generous pensions and probably less buoyant housing and equity markets than we have seen on average during the past three decades.”
One of the areas where the baby busters are likely to be most adversely affected is their ability to get on the ‘property ladder’.
Pwc retail expert Alistair Reason said: “There is no doubt that times are changing for the next generation. Getting a foot on the housing ladder is a distant dream for many, and is set to become even more so for the baby busters, who face leaving university with significant debt.
“Even with a well-paid job, the reality of life ahead is that paying down the debt will make saving for a deposit so difficult that it will be almost impossible for them to think about buying a property for many years, if not decades. They may be ‘Generation Rent’ for much longer than they expect.”
The report considers various other policy solutions that could redress the imbalance in wealth between the different generations.