YOU ARE AT: Business MK > News > Masterchef finalist: Why I’m putting construction before the kitchen

Masterchef finalist: Why I’m putting construction before the kitchen 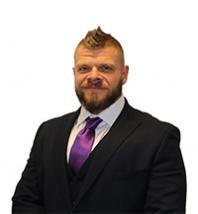 Now James, from Milton Keynes, has given up his career in the kitchen to become a director of Milton Keynes-based construction company Empyrean. He tells www.businessmk.co.uk why.
BEFORE I start I will answer the two most common questions I get asked with regards to being a contestant on MasterChef.
1.    Yes, it was an intense and amazing experience that I genuinely will cherish for the rest of my life.
2.    Yep, for most tests the food is stone cold when it’s tasted! Unless you’re cooking in a professional kitchen or for critics and previous contestants, which is done as you see it.
Being given the opportunity to pursue a career in what you are truly passionate about was a genuinely amazing experience and by no means was it just handed to you on a plate.
You work very hard for everything along the Masterchef road, but for me the dream of creating exceptional menus was something I longed for.
So why on earth did I throw it away and go back to construction?
I am a carpenter by trade and one thing I was incredibly humbled by during master chef was how the general public perceived me and supported me.
“A working class champion” one gentleman said to me. Wow!
That term became quite common and something that I was proud of, from being stopped in the street and in supermarkets, to weekly appearances on radio shows, articles weekly in local newspapers, recipes published in Delicious Magazine, BBC Food Magazine and much more.
I was even invited back to my secondary school to teach a class of youngsters that were just like me at school and often got themselves into a bit of trouble.
The whole experience was like a whirlwind.
I started working at the Michelin-starred Paris House restaurant in Woburn and really started to hone my culinary skills. I went on to work under Benoit Blin at Raymond Blanc’s two Michelin-starred Le Manoir Aux Quat’Saisons.
Benoit, you may recognise now from his recent appearances as a judge on the BBC show Crème de la Creme.
In all honesty, I was in my element. I’m somebody that doesn’t shy away from high pressure environments and the excitement, and pressure, of service was a real thrill ride.
You can either sink or swim in that environment but I got a huge adrenaline buzz from it, having to turn out Michelin-standard dishes over and over.
From there I started teaching at the cookery school Season in Hampshire, a venue that sold cookery classes in certain areas such as bread, patisserie and desserts, Italian cuisine etc.At the same time, I was also starting a small company offering dinner party cooking experiences and private dining.
These experiences were great fun, however with a young family, the financial pressures became too great to manage.
So why then, with a wealth of expert culinary knowledge did I leave the kitchen behind to go back to construction?
It was a difficult decision to make, but as a parent I believe that my own passions must come second to my responsibilities to my family, which is why I eventually returned to the construction industry.
Although I continued to “scratch the itch” by doing the odd weekend at Paris House, just to keep my gastronomic skills sharp…
Two years on, I don’t regret my decision to return to construction. I currently work with Empyrean Construction, a fledgling construction company in Milton Keynes with a strong quality focus, and I now oversee the operation of the company.
To say I’ve grown along with the company is an understatement and while my main passion is in another industry, the creativity and responsibility I get to pour into my job with Empyrean means that I love every day that I work.
Creativity is, and always has been, a fundamental part of the way I work, from an artistic and beautifully balanced dish to the shape and structure of a company, the ability to directly help others with their designs and projects, and, in reality so far, it is a fundamentally important part of my career.
So maybe the real question is not “why did I leave the kitchen?” but more “why have I stayed in construction when I love cooking so much?”!
Have I completely left my passion for the culinary arts behind? Swapped the saucepan for a suit?
Not at all, but at the moment (and for the foreseeable future) I love what I do and I’m excited to see what else I can achieve.

Thank you for reading this far. To finish, I’d really like to add a “thank you” to all those that have endured, contended with and supported me through all of this.

My wife, my children, my family and the construction bosses along the way who have helped me shape the course of my own destiny.