YOU ARE AT: Business MK > Motoring > Made in Luton: The history of Vauxhall on display for the first time

Made in Luton: The history of Vauxhall on display for the first time 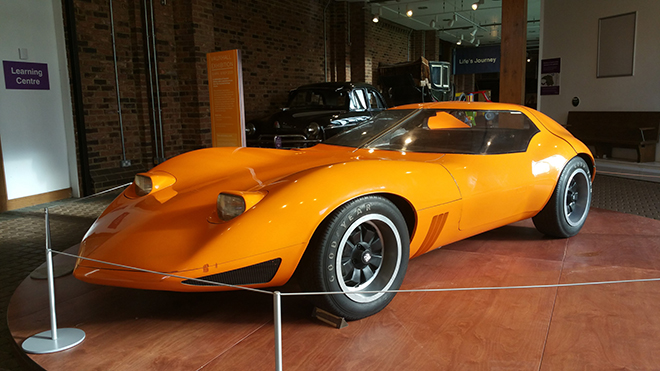 Vauxhall’s XVR Concept car, which debuted at the Geneva Motor show in 1966, is part of the exhibition at Stockwood Discovery Centre from September 5.

FOR the first time in its 72-year history, a selection of cars from Vauxhall Heritage’s famous collection will be on public display, telling the story of Vauxhall Motors’ rise from a niche sporting car manufacturer to one of the UK’s best-known automotive brands.

Vauxhall – Made in Luton opens on September 5 at Stockwood Discovery Centre, Luton – a stone’s-throw from where almost all the exhibits were originally manufactured.

The main exhibition will include ten of Vauxhall’s most significant Luton-built cars from the last 115 years, book-ended by the very first model to be produced at the famous Kimpton Road factory – a 1905 7/9hp – to the last passenger car to roll of the line – a 2002 Vectra, before the plant started to produce light commercial vehicles exclusively.

As well as the main exhibition cars, which will be on display until Easter 2021, each month Vauxhall – Made in Luton will feature a different ‘hero’ car, starting with the chrome- and fin-laden 1959 PA Velox, which brought a welcome slice of colourful Americana to austere Fifties’ Britain.

Vauxhall became a car manufacturer in 1903. It was originally based in the South London suburb from which it takes its name but after two years needed larger premises and moved to a six-acre site in Luton, where it still manufactures motor vehicles today.

The availability of skilled local workers, many of whom were displaced from the town’s ailing hatting industry, sealed the deal and Vauxhall went on to become Luton’s largest employer.

“This is a perfect opportunity for the public to get up close and personal with cars from our collection that are normally only seen via the hundred or so media loans that we arrange each year,” said Simon Hucknall, Vauxhall’s head of PR.

“There are some extremely rare and valuable cars on display, but many that will conjure ‘my Dad-had one of those’ memories, too. Most importantly, it paints a wonderful social picture of Vauxhall’s importance to the Luton community through all the highs and lows of the 20th century.’

The exhibition is being co-hosted by The Culture Trust Luton, Its director of culture and engagement Karen Perkins said: “The Culture Trust is passionate about Luton, its heritage and its people. Vauxhall has been an integral part of our community’s landscape for 115 years and we are proud and excited to host such a unique and rarely seen exhibition.”

Vauxhall – Made in Luton opens at Stockwood Discovery Centre on London Road, Luton on Saturday September 5 and runs until Easter, 2021. It is open Thursday-Sunday 11am-5pm, admission free.  Covid-19 protocols will be in place to ensure social distancing.