YOU ARE AT: Business MK > News > Look to USA and Germany for inspiration on recovery, say Labour

Look to USA and Germany for inspiration on recovery, say Labour 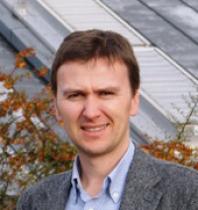 Inward investment, job creation and the total of jobs saved are down on the low point of 2009, as are enquiries about land and premises.
Labour’s parliamentary spokesperson in Milton Keynes Andrew Pakes (pictured) says the figures from Milton Keynes Council point to a tough climate for businesses based in the city,.
A report published last month by independent research organisation the Centre for Cities named Milton Keynes as one of the five cities best placed to lead the UK’s economic recovery. However, Mr Pakes said that the government’s measures to reduce the public spending deficit and put the UK on the road to recovery were biting too deep.
He called on ministers to follow the example of governments such as the USA and Germany, where the focus was on job creation.
Mr Pakes added: “We are a great city to invest in but I am concerned that the austerity measures being promoted by the government are not helping. The cost of living crisis and austerity measures are putting the squeeze on local businesses and family budgets, and as a result economic activity is dropping compared to last year.”
Labour believes the government should promote measures to help Milton Keynes and its future workforce:
He added: “Our city and its businesses need to grow to create jobs and generate further demand. Our government needs to look to progressive government’s like in America and Germany where growth is stronger and the priority is on creating jobs and getting the economy back on track.
“The Tories are cutting too far, too fast. We need to look to America for some inspiration.”