YOU ARE AT: Business MK > News > London Luton names new CEO as £160m redevelopment is completed 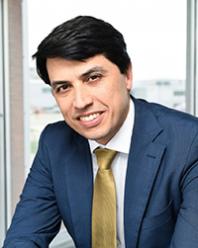 The airport has acted swiftly to replace him, appointing its current planning and investment director Alberto Martin as his replacement.

Mr Martin is a highly experienced and well-regarded airport leader, who has delivered London Luton’s now completed £160 million terminal transformation project and overseen the preparation and negotiation for Luton Borough Council’s £225 million Direct Air-Rail Transit, which will link the airport terminal with Luton Airport Parkway by 2021.

Airport shareholders paid tribute to the departing Mr Barton’s significant contribution and leadership during his four years in post. The airport has grown from 9.7 million passengers a year to 16.5 million, establishing it as one of the fastest-growing major airports in Europe.

Mr Martin said: “Building on the strong demand from passengers and the success of our recent terminal transformation, I am delighted to have the opportunity to lead the team in establishing LLA as the airport of choice for accessible, easy and enjoyable air travel.”

The airport has reported a year-on-year rise in passenger numbers of 11.5% for November, with more than 1.1 million passengers travelling through the airport.

London Luton is now preparing for its busiest ever Christmas period, with most departures expected on December 28. The most popular destinations are likely to be Amsterdam, Budapest and Bucharest, as well as winter sun holidays to the Canary Islands.

Passengers will be among the first to see the now completed upgraded terminal, which includes an expanded security search area and more than 30 high street and luxury stores.

Departing chief executive Nick Barton said: “We are pleased that more passengers are choosing to fly from LLA, both for business and leisure. We have worked hard to ensure that our passengers’ journeys can be as efficient and comfortable as possible throughout our redevelopment.”

From 2019, passengers travelling by rail will be able to use Oyster and contactless cards on train services between London and the airport terminal, making it even easier to reach the airport.