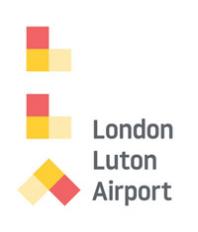 The record figure represents annual growth of 18.5% compared to 2015. The airport has now seen 33 months of consecutive passenger growth, with each percentage increase reaching double digits. December saw a 24.6% rise in passenger numbers compared with the same month in 2015.

To meet the continued demand from passengers, the largest single investment in its 79-year history is under way to transform the airport. This will increase annual capacity by 50% from 12 million to 18 million passengers by 2020.

Construction of the terminal extension is gathering pace. Access to the airport will be significantly improved, with the new taxi rank, drop-off zone, dual carriageway, all due to be completed early in the year.

A range of new restaurants and shops are set to open this year and improvements are due to be completed in the immigration hall.

London Luton saw the launch of 23 new routes in 2016 and welcomed new airline partners Vueling, Transavia, Adria Airways and Fly KISS, taking the number of airlines operating at the airport to 14.

A further 16 new routes are already confirmed for 2017, including three routes from Thomas Cook in May.

Airport chief executive Nick Barton said: “In a year when airport capacity has hit the headlines more than ever before, we have been working hard to meet demand. This year, passengers will start to see the benefits of the redevelopment.”

The airport is also lobbying to secure four fast trains per hour to Luton Airport Parkway station as part of the upcoming East Midlands rail refranchising.