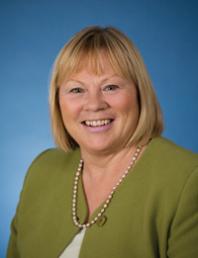 That is the message from the South East Midlands Local Enterprise Partnership in support of the new report from the Centre for Cities.
The region has shrugged off the economic doldrums and scoresd well in a range of economic indicators, says SEMLEP chair Dr Ann Limb (pictured).
The Outlook 12 report from the Centre for Cities research organisation says that factors underpinning success in the South East Midlands are:
Milton Keynes has been Britain’s fastest growing city over the past decade with an annual population growth rate of more than 1.4%. Almost 32,000 more people now live in Milton Keynes than at the turn of the century.
Luton has excelled in managing the transition to a green economy with the country’s third lowest carbon dioxide emissions per capita. Northampton has Britain’s eighth highest rate of employment and private sector job growth.
Dr Limb said: “Milton Keynes is less reliant than almost all other cities on the public sector and business start-up rates are the third highest in the country. As a result Milton Keynes is likely to be more insulated from public sector job losses.”
Milton Keynes & North Bucks Chamber of Commerce has reported a sharp increase in new member numbers in January and is forecasting a rise in demand for the Chamber’s export documentation service as business looks overseas to generate trade.
Chamber chief executive Colin Fox said: “Milton Keynes is open for business and companies are ready and eager to engage.
“The Centre for Cities report has once again clearly confirmed the unique position of Milton Keynes and the ability of its businesses to meet tough economic challenges. This position owes much to the pool of highly skilled residents which supports the development of our knowledge-based economy, as well as the vibrant small business sector and in particular our track record in supporting and developing start-up businesses”