YOU ARE AT: Business MK > News > Little LA’ has shown us how to think big

Little LA’ has shown us how to think big 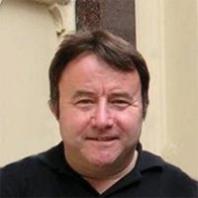 MILTON Keynes has reached its 50th anniversary in some style.

The metropolitan urbanite may mock. The American travel writer Bill Bryson has sneered at the new city because he cannot get his head round an England that doe snot look like a historic village or an ancient town.

And the concrete cows, gifted to the new city by the artist-in-residence Liz Leyh in 1978, have attracted more than a little derision. They seem to suggest a fake rusticity, a pretension of the country-in-the-city.

But MK (as those of us who live there call it), with its swanky shopping building, beautifully landscaped grid roads, linear parks, lakes, woodlands, and a diverse housing offer, does not care.

Ours is a modern city, the product of a bold vision of town planning from the 1960s when Britain used to be able to think big, and plan big.

It is also the largest planned new town in Britain, taking up over 13,000 hectares and with a population of over 250,000 people. It is also a hugely enterprising and diverse city, with the highest number of business start-ups of any British city of comparable size.

Following designation in 1967, the impressive two-volume Plan for Milton Keynes was prepared and published in 1970. It was the product of the 1965 New Towns Act, passed by the first Labour government of Harold Wilson.

Just like after the war, Britain needed a fresh generation of new towns to ease overcrowding in existing cities and to house the fast-growing population.

The Labour peer Lord Llewelyn-Davies, one of the leading British architect-planners of the 20th century, assembled a team of experts and consultants whose inspiration was international but particularly inspired by the free-wheeling West Coast cities of California.

The ‘little Los Angeles of Buckinghamshire’ was born, based on the idea that people wanted to live suburban lifestyles, in houses with garages, commuting to and from work and leisure in a low-density countrified landscape with urban facilities.

Yes, shock horror! Milton Keynes was planned around the motor car: the grid roads are proof of that. Such planning would be an anathema to the crabbed, space-cramming sustainability agenda that dominates what is left of the British town planning system today. But there is another side to this city.

I have spent many days of my life cycling and walking around the redway network; attractively landscaped pedestrian and cycling routes that wend their way between housing areas, through woodlands, across extensive parklands, around lakes and to the burgeoning range of cultural and leisure facilities across the city.

Underpasses and overpasses mean you have very little conflict with the motor cars zipping by overhead, or beneath. And recently Milton Keynes has trialled pod cars, small self-driving vehicles that scuttle along the paths at safe speeds between Milton Keynes railway station and Central Milton Keynes.

So while it was planned for motorisation, Milton Keynes is a green city, proof that you do not need to shoehorn people into tiny dwellings in poky urban environments to create a viable city culture.

Despite that, in the new residential developments in the so-called ‘expansion areas’ higher densities are being forced into the landscape. Beloved parklands are threatened with new-build. The integrity of the grid road system has also been challenged by ‘city streets’, although a local campaign successfully countered the attempt to introduce mixed-uses to the grid system.

Milton Keynes is growing fast and, like everywhere else in Britain, it needs to embrace and manage change. But it will become another mediocre English provincial town if the low priests of high-density and urban grit have their way.

The principles that informed the planning of Milton Keynes may be out of fashion today but that does not mean they are less popular with the people. Far from it. And sadly, recent history has shown what happens when technocrats and remote politicians ignore the aspirations of the mainstream.

Keep Milton Keynes an open, spacious, green city, and let the rest of the world look on with envy.