YOU ARE AT: Business MK > News > Liquidators launch probe into collapsed travel agency 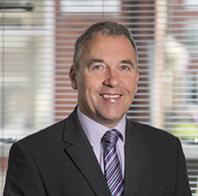 The company, based in Oldbrook, had its ATOL licence suspended in September.

Paul Stanley and Dean Watson of Begbies Traynor have been appointed as joint compulsory liquidators and have launched an urgent investigation to recover substantial amounts owed to creditors.

Omega Travel was launched in 1965 and specialised in travel to and from the Far East. It also had branches in London, Manchester, Birmingham and Edinburgh.

Mr Stanley said: "The official receiver appointed us as liquidators within 24 hours of the winding up order being issued. This demonstrates the urgency of action being taken and the magnitude of the numbers involved.

“We are already arranging interviews with staff and directors at the company as well as liaising with creditors.

“We are at an early stage in proceedings but we are making significant progress and have identified at least £20 million owed to creditors.”

Begbies Traynor will update interested parties as its investigations continue into the whereabouts of the company’s assets, he added.