YOU ARE AT: Business MK > News > Leading business figures are honoured in New Year’s Honours list 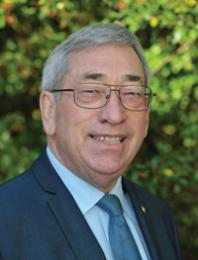 Carolyn McCall, chief executive of budget airline easyJet and based at the airline’s UK headquarters at Luton Airport, becomes a Dame.

And Roger Fennemore, director of the charity SportsAid Eastern, receives a MBE for services to sport.

Also awarded a MBE, for services to people with disability, is Margaret Hickish, access and inclusion manager at Network Rail’s headquarters in Central Milton Keynes.

Receiving a CBE, for services to the fire and rescue service is Paul Fuller, chief fire officer at Bedfordshire Fire & Rescue Service.

Lawrence Davies, deputy chief executive of the Automotive Investment Organisation based in Bedford, receives an OBE for his services to the communtiy in Bedfordshire and to the automotive industry.

Dr Smith (pictured) said he is pleased and proud but he insists the award is also recognition for the organisations he has been fortunate enough to be connected with across the fields of business, education, sport and charity.

Dr Smith, 69, said: “I am humbled that my efforts have been rewarded in this way. I try to put what I can into the roles I perform in Milton Keynes but this is something special.”

Dr Smith is a qualified accountant and a Rotarian and has been a senior executive in a number of blue chip companies including ASDA Group and National Power.

He remains a director of several other companies, chairs Milton Keynes Transport Partnership, MK Sports Board and the board of governors of Milton Keynes Academy.

He is a governor, member and a trustee respectively of the University of Bedfordshire, Buckingham University Development Board and the De Montfort University Students Union Trust.

He was awarded an Honorary Doctorate in Business Administration by De Montfort University in 2010.

His past sporting interests have included the chairmanship of Leicester City FC.

He is also a patron of Willen Hospice, Milton Keynes Community Foundation and MK City Orchestra.