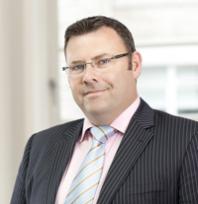 The pre-pack process, whereby a business is marketed prior to and sold immediately upon administration, has for some time been a bone of contention for creditors and more recently, the government has been calling for greater transparency and accountability.
Specifically, creditors feel they are left out of the loop and only hear of the sale of a business after it has happened.
In 2011, a range of proposed changes to the system, including the implementation of a three-day notice period in which to inform creditors of a sale, were halted following concerns that they did not allow creditors enough time to raise any concerns.
A Business Innovation and Skills Select Committee has also called for tougher sanctions where there is evidence of abuse of the system by insolvency practitioners.
According to Shakespeares, the review process needs to begin as soon as possible. Andrew Taylor pictured, partner and corporate recovery expert at Shakespeares’ Milton Keynes office, said: “It’s high time that these were looked at again as part of a detailed review of the insolvency process.
"Although the Insolvency Service has highlighted that the outcome of the review will lead to greater transparency and compliance, it is difficult to speculate what actual measures may be suggested.
“The framework of suggestions made back in 2011 was insufficient and poorly drafted.  For example, three days’ notice doesn’t allow creditors sufficient time to raise detailed and constructive concerns but could be enough to scupper plans to sell the business as a going concern and destroy value.
"However, the proliferation and variety of high profile pre-packs that have made headlines recently is helping to raise awareness of their role.
“If the proposals can go some way to create greater transparency and understanding of the process, that must be a good thing. There is little doubt that in some cases a pre-pack does produce the best outcome for creditors, if they can be satisfied of that then the use of pre-packs should be de-stigmatised.”
The quick turnaround required by the pre-pack process typically favours two types of prospective buyer, each with a distinct approach to managing a sale.
Mr Taylor said: "The speed with which a sale needs to be processed limits the number of parties that can realistically make an offer. Often, this means that the senior management or specialist distressed investors end up completing the purchase.
“The planned review could be extremely helpful in creating a system that sets out accountable parameters for informing creditors, retaining staff and demonstrating that all realistic routes before deciding on a pre-pack sale have been explored.
"It could also help to attract interest from entrepreneurial buyers who might be prepared to take the business forward in a new direction.
“What is imperative though is that any eventual framework is based on genuine and thorough consultation with insolvency practitioners, lawyers, accountants and the appropriate representative bodies.”