YOU ARE AT: Business MK > News > Law of the jungle increases survival chances, says new report 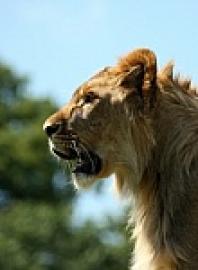 The research explores what business leaders preparing for hard times can learn from solutions that have evolved in the animal kingdom over billions of years.
It has identified four survival strategies that businesses can develop to survive and thrive in difficult economic times.
Report co-author Dr Tazeeb Rajwani, lecturer in strategic management at Cranfield, said: “Animals thrive in environments that are much more deadly than the marketplaces that businesses operate in, so are ideal subjects to learn from.
“It is too easy to blame market turbulence or unexpected events for a company’s poor performance but this is often the response of managers to circumstances beyond their control. As a consequence, businesses fail to develop strategies for coping with crisis.”
The four survival strategies explored in the study were:
Bear strategy – embracing hibernation capabilities
Understanding how a business accumulates resources and slows energy usage before being hit by a crisis is crucial to surviving.
Organisations in the tourism and farming sectors show a superior capacity to conserve energy or costs to cope with varying demand throughout the year. They use almost all their resources in the high season, knowing that seasonality will bring a slump in demand at other times.
Lion strategy – building a fighting capability
Putting up a fight is the strategy of choice for aggressive companies, specifically in hostile environments that threaten to erode their competitive advantage. They react quickly and can stage vicious attacks if challenged for resources or territory.
Organisations in hostile environments that follow lion strategies take a proactive role in going after the weaknesses in competitors and may adopt direct and forceful approaches in doing so. However, these companies can also lose their battles depending on the territory.
Seagull strategy – structuring flight capabilities
Moving quickly away from hostile environments to avoid specific threats to survival is another strategy adopted by companies that train hard to become highly tolerant of changes in the business environment.
Similar to seagulls, such companies are agile enough to fly away to escape danger and thrive in many different environments such as moving the business unit to another country during a crisis. However, following this strategy requires making hard choices.
Shark strategy – developing search capabilities
Continuously looking for opportunities and threats and at the same time developing stamina is an approach followed by companies that seek a predator’s rewards.
Like sharks, companies in hard times can develop instincts about when and how to attack to reclaim territory and search hard for new customers. They can also use their strength and force to fight off competitors.
‘Do you have a survival instinct? Leveraging genetic codes to achieve fit in hostile business environments’ by Dr Tazeeb Rajwani and Professor Patrick Reinmoeller from Cranfield School of Management and Professor Thomas Lawton from EMLYON Business School will be published in Business Horizons (55, 1, 2012).