YOU ARE AT: Business MK > News > Law firm helps to keep Robins bobbing along 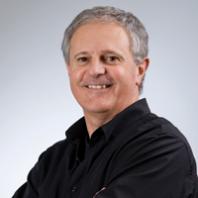 A consortium led by businessman Jed McCrory completed its takeover of the Wiltshire club late last month. EMW lawyers Ian Zant-Boer (pictured) and Gary O’Donoghue advised the consortium on the deal that has ended the possibility of the club entering administration.
Mr O’Donoghue said: “We are delighted to have played a role in bringing new backing to Swindon Town. This deal will bring stability to the club, pay off a significant proportion of the club’s debt and should help the team push on up the Football League.”
The consortium has purchased 98.97% of the issued share capital of Swindon Town FC from former owner Andrew Black, the co-founder of online betting site Betfair.
EMW also advises MK Dons on a wide range of legal matters, including on the development of the stadiummk site.