YOU ARE AT: Business MK > News > Law firm closes Bedford office after merger 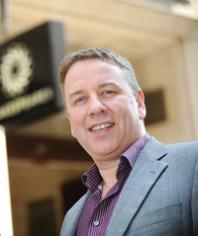 The office in Harpur Street is one of three satellite offices due to shut at the end of September.
Consultation has begun on a total 54 potential redundancies, including a total five at Shakespeares’ Central Milton Keynes and Newport Pagnell offices.
Shakespeares has also announced that it has divested its criminal legal aid practice based at Milton Keynes and Bedford. A total 13 former employees taken on the practice and set up an independent business PS Law LLP.
Shakespeares and Harvey Ingram Borneos began trading as one company last month after concluding merger talks.
Most of the lawyers and support staff based at the Bedford office are expected to transfer to Milton Keynes.
The changes are part of Shakespeares’ plans to reshape the business in line with its growth plans, which will concentrate on commercial businesses, public sector and high-net-worth private client services.
Chief executive Paul Wilson (pictured) said: “While we very much regret that redundancies are necessary, much is being done as part of the consultation to offer people potential opportunities across the firm.
“The changes will help to consolidate our market position and create a strong platform from which we can continue to expand the business and strengthen our team of experts. In particular, divesting the criminal legal aid practice is a logical move as it is not a good strategic fit with our core business.”