YOU ARE AT: Business MK > News > Jobs under threat if airport expansion is delayed, warns Chamber chief 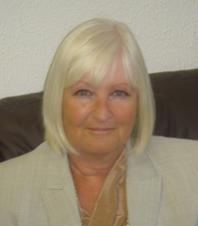 Cheryl Smart (pictured), chief executive of Bedfordshire Chamber of Commerce, has warned that direct air links to the emerging markets such as Brazil and China are vital for the UK’s economic prospects.
London Luton Airport is among those earmarked for expansion. Yet the government has delayed consultation on its plans until the autumn amid fears of divisions appearing within the coalition on the issue.
Mrs Smart said: “The government has spent years working on a strategy for UK aviation, so reports that there will be yet more delays beggar belief.
"Businesses are tired of indecision and equivocation on aviation. Ministers cannottell businesses to look for new opportunities in emerging markets like Brazil and China, and then fail to provide the basic infrastructure needed to get there.”
The consultation now is unlikely to go ahead until the autumn. The Lib Dems are opposed to expansion and the coalition agreement rules out new airports in the region.
Research by the British Chambers of Commerce reveals that 90% of business leaders say that direct air links influence inward investment decisions, while 80% of exporters to the UK said they would increase business in Britain were flight connections to the UK improved.
Mrs Smart said: “The consequences of inaction are stark. If the government does not act swiftly to increase capacity in the South East, strengthen our regional airports, and support the development of more connections to emerging markets, the UK will lose both investment and jobs.
“Trade with fast-growing markets requires Britain to have a strong, resilient hub airport. New runways, at Heathrow and elsewhere, will be required to safeguard the UK’s status as a global aviation hub in both the short and long term.
“Continued delays only put the UK further at a competitive disadvantage. Aviation strategy must be at the heart of a credible plan for growth, not a political football.”