YOU ARE AT: Business MK > Education > IT security giant becomes 100th business backer of MK:U 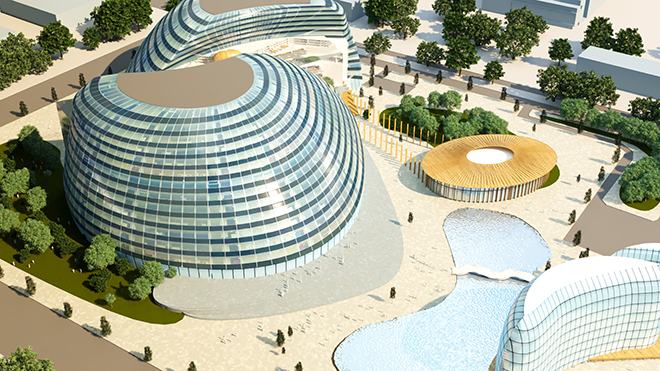 The company has become the 100th to have signed up to the MK:U Business Supporters Group, agreeing that the university is key to providing both its future skills needs and those of the UK as a whole.

MK:U is planned to be a new model university for Milton Keynes, designed to fill urgent technological and skills gaps. The university’s vision is one that specifically addresses the employment needs of businesses and delivers a curriculum for the digital economy.

McAfee joins a group that includes Arriva, Bosch, BT, Capita, Grant Thornton, Network Rail and PwC. Banking giant Santander UK says the MK:U plan was a key element in its decision to locate its new £150 million Digital Hub, currently under construction, in Milton Keynes and has committed £10 million capital funding as well as £20 million of in-kind support, to MK:U.

Raj Samani, McAfee’s chief scientist and a McAfee Fellow, said: “This is a great opportunity for our business. We are passionate about supporting education to help bridge the gap and solve the skills shortages.

“As such, we are confident MK:U would be well placed to meet the economy’s needs of technological and digital skills, and become an invaluable addition to the STEM education market in the UK.

“We strongly believe online security should always be at the heart of technology design and this broad partnership will ensure safer and more successful technologies will be built in the future.”

The MK:U project is being led by Cranfield University with Milton Keynes Council. It plans to open its doors to students fully in 2024.

MK:U Ltd chief executive Professor Lynette Ryals, who is also pro vice chancellor at Cranfield University, said: “Having businesses such as McAfee backing our plans just shows the strength of support there is for our plans for MK:U.

“With 100 international, national and local businesses committing themselves as supporters, our plans for MK:U to meet the needs of employers and the economy are developing at pace.”

Milton Keynes Council leader Cllr Pete Marland said: “This kind of commitment shows that the vocational approach we are taking is a good one for graduates, employers, for MK:U’s supporters and ultimately for our local economy.

“As well as attracting smart people to Milton Keynes, people who can solve problems and see new opportunities for where they live and work, we will be growing our own. It is a great fit for Milton Keynes’ growing base of high tech firms.”

Professor Ryals added: “Employers tell us of their desperate need for technical graduates who are ready for the world of work from day one. MK:U will be different by design and will completely transform how we think about higher education.”