YOU ARE AT: Business MK > News > IoD chairman is to step down

IoD chairman is to step down 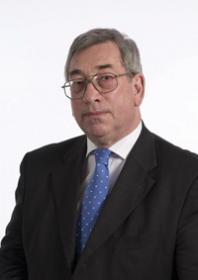 Its current chair Philip Smith (pictured) is to step down this month, to be replaced by the branch’s current vice-chairman Jonathan Bailey.
During his tenure the IoD has established a firm presence in Milton Keynes, running a series of breakfast briefings with key speakers including Milton Keynes police commander Chief Superintendent Alan Baldwin, hospital NHS Foundation Trust chairman Walter Greaves and Rachel Lomax, then deputy governor of the Bank of England.
Mr Smith has also led the IoD in working closely with the Federation of Small Businesses and Milton Keynes & North Bucks Chamber of Commerce to ensure the business community is involved at all levels.
He said: “It has been an exciting experience working with the Milton Keynes committee to set up the branch. I believe we have created a real presence in the city for the IoD. I leave the direction of the branch in very good hands and trust it will continue to flourish. Of course I will continue as a member and will be retaining my many other responsibilities in Milton Keynes.”
Mr Smith has been a member of the IoD since the mid-1990s, joining the local area branch committee in 2003. He became chairman of the South East Midlands branch in 2004 and was instrumental in the creation of a separate Milton Keynes branch in 2006 where he was appointed as its first chairman.
He will relinquish his role at the branch’s annual members’ meeting on May 21 – a requirement of the Institute is that chairs retire from office after three years.
A qualified accountant, Mr Smith is a former senior executive of a number of multi-national businesses, including retailer Asda Group plc and National Power plc, the UK’s largest electricity generating company.
He is currently chairman of waste-to-energy company Intercontinental Utilities Group plc, tidal power company Pulse Group Holdings Ltd, the UK’s landfill community fund regulator Entrust) and is a director/stakeholder of other renewable energy businesses in the UK and overseas.
Locally, he is chairman of the Milton Keynes Business Leaders Partnership, a director of the Milton Keynes Economy and Learning Partnership, a non-executive director of the NHS Hospital Trust and a member of Milton Keynes Higher Education Strategic Development Board.