YOU ARE AT: Business MK > Environment > Investment in transport infrastructure is imperative, say business leaders after axe falls on Expressway project 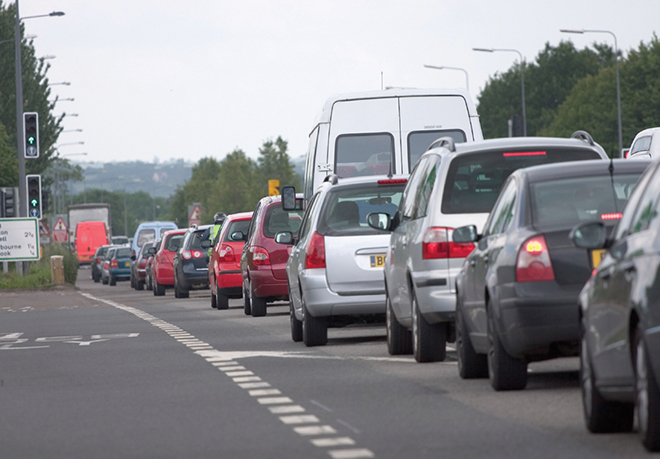 Improvement in road links is essential if the Arc is not to “wither on the vine”, says Milton Keynes Business Leaders Partnership chair Nicholas Mann.

His views have been echoed by Milton Keynes North MP Ben Everitt, who has endorsed the statement by Transport Secretary Grant Shapps that the focus must now be on developing the existing road network.

Mr Mann said the decision to cancel the Expressway scheme had been on the cards since the project was suspended a year ago. “After all, post-pandemic, there is likely to be a significant increase in the number of people working from home.”

This factor and others such as East West Rail, the levelling up agenda, action to reduce carbon emissions, the current challenges on the public purse and the scheme’s poor value for money will all have been factors, Mr Mann added.

Mr Everitt said: “The Transport Secretary is absolutely right that we should be focusing on the fantastic East-West Rail project to link Milton Keynes with Oxford and Cambridge and improving existing road networks rather than building huge new roads further into Britain’s beautiful countryside at a time when we are aiming for Net Zero by 2050.”

However, business remains concerned that the new road infrastructure will not materialise quickly enough to support the Arc’s development.

Mr Mann said: “Above all else, investment in its transport infrastructure is imperative. That is the only way to ensure that interstitial towns such as Milton Keynes, Northampton, Luton, and Bedford are able to be fully connect to the cities at the poles of the Arc and thereby realise the benefits promised by the Arc.”

He welcomed the government’s view that transport investment is vital of support sustainable growth. The region is eagerly anticipating the opening of East West Rail in 2025 but, Mr Mann warned: “I am concerned about any further delay to hear what the DfT’s plans are for ‘More targeted road interventions’.

“Talks on the Ox-Cam Expressway first started in 2014, but our economy’s post-pandemic recovery needs to happen right now. If we have to wait another seven years to hear the DfT’s plans, then Arc Business will not be able to play their parts fully in that recovery.

“Therefore, I urge the DfT to prioritise planning and to make its announcements quickly.”

Announcing the decision to cancel the Oxford-Cambridge Expressway after considering the economic case and the views of local people, Mr Shapps hailed the work of Mr Everitt in highlighting local concerns at the project.

“The Conservative government is committed to transport in and around Milton Keynes but to do so in the right way so we are supporting East West Rail, e-scooter trials and electric vehicles.

“We are determined to make Milton Keynes a high-tech hub for businesses and technology attracting firms from all over the world. To do this, we need the right transport infrastructure in place.”