YOU ARE AT: Business MK > News > Internet speak is not destroying language, says linguistics expert 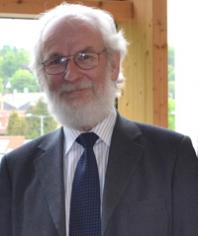 Professor David Cristal said the internet has had the same effect as the arrival of the printing press, telephone and television.

And he forecast major changes to the way in which we communicate over the next ten years as, increasingly, visual technology takes over from audio.

Professor Cristal (pictured) was giving the final Leadership Futures lecture of the academic year at the University of Bedfordshire. Before a capacity audience at the Luton Campus Centre, he discussed the impacts, both positive and negative, the internet is having on language and also dispelled some of the myths that have arisen as internet use increases.
Social media channels such as Facebook, Twitter and YouTube have only been around for the past 10 year and the internet has evolved over 25 years – “a very short period of time in language terms”, he said.
“There is little doubt that internet technology has had a major impact on language. The internet enables users across a neighbourhood, country or continent to share expressions, forming speech communities or users that previously were more localised.
“This is not just an English phenomenon; it is the world over in many languages.”
Professor Crystal is a writer, editor, lecturer, and broadcaster who has published more than 250 books on English language and linguistics.
He also developed linguistic profiling techniques for diagnostic and therapeutic purposes and has applied linguistics to all manner of texts including religious, educational and clinical.
In his lecture, he dismissed the myth that the internet is destroying language. “The same was said with the introduction of the printing press more than 500 years ago, the telephone in the late 19th century and television in the 1920s,” he said.
“Commentators had said these innovations would harm language, which is simply not the case and language has continued to expand and flourish.”
Visual communications will become dominant over with audio over the next decade as mobile internet technology continues to evolve, he forecast, driven by increasing demand for miniaturised mobile devices, especially across Africa.
That, he said, would present further challenges for linguists of different languages, dialects and even regional accents.
“Every technological innovation has spawned new words and expressions since the dawn of human culture and civilisations,” he told his audience. “Some terms will remain and some will die out. We will not know which ones will stay and which will not until we are past caring.
"Even if somebody does mind, they cannot stop it happening, because languages change – that is what they do.”
Dr Sonal Minocha, executive dean of the Business School, said: “I’m delighted the University’s Department of Language and Communication at the Business School is hosting this Leadership Futures lecture as language and its use in modern technology are integral to the modern business world.”