YOU ARE AT: Business MK > News > Infrastructure must come ahead of new homes building, summit tells Treasury 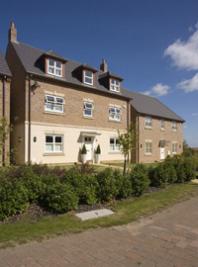 The 2016 Housing Summit was organised by the South East Midlands Local Enterprise Partnership and attracted over 170 guests from across the country to stadiummk.

Speakers included John Healey MP, Labour’s shadow minister for housing, and senior members of the Department for Communities and Local Government and the Homes and Communities Agency.

In the South East Midlands – an area which covers Aylesbury, Banbury, Bedford, Bicester, Daventry, Kettering, Leighton Buzzard, Luton, Milton Keynes and Northampton – at least 127,000 new homes are planned by 2025/26 and local plans mean this is likely to increase to over 135,000.

Previous tariff arrangements in Milton Keynes provided the ability to forward fund infrastructure. “But these are no longer permitted,” said Dr Limb “hence our call for support from central government.”

He added: “The South East Midlands has consistently delivered more new homes than anywhere else over a sustained period. However we are facing a real challenge in ensuring we continue to make sure that everyone has a home to rent or buy at a price they can afford but also deliver the infrastructure that makes a community, schools, GPs services, play areas and community space.

“We have always worked positively with developers and landowners to achieve this, and this SEMLEP Housing Summit is a great example of how we are trying to work constructively to build the homes we need to tackle the housing crisis.”

Housing association The Orbit Group joined the panel of speakers, with its chief executive Paul Tennant talking to delegates about the growing demand for shared ownership homes.

“However, we need to ensure we are continuing to build homes across a range of tenures to provide a truly affordable housing journey for our customers now and in the future.”

A panel discussion was chaired by RICS head of policy Jeremy Blackburn. He said: “Housing and home ownership are now at the very top of the political agenda in a way that many of us will not have seen in generations. The last government and this one have been surprisingly interventionist in order to drive construction of new homes, mostly however from the demand side.

“So far we have not seen a sufficient answer for those who have to rent, whether through choice or economics; the answer to generation rent cannot be solely to buy, no matter what the risks.”

SEMLEP’s Housing Summit was sponsored by NatWest, which lends £4.5 billion to housebuilders and £10 million to the affordable housing sector through housing associations.

The bank’s regional managing director Paul Eyre told delegates: “NatWest’s support for the housing market is strong.  In addition to that we have announced a desire to lend £1billion to the private rental sector, so we are delighted to have supported SEMLEP’s Housing Summit and to have helped stimulate debate.”