YOU ARE AT: Business MK > News > Industries must work together to solve the gender pay gap

Industries must work together to solve the gender pay gap 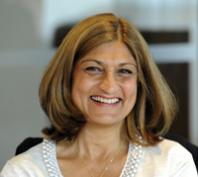 NEW PwC research shows that the sector a company operates in has a significant influence on their likely gender pay gap, suggesting that more industry-wide approaches to improving opportunities for women in the workplace are needed to really shift the dial.

PwC recently analysed the mean data submitted to the UK government by the 10,000 companies that have disclosed their gender pay gap data so far, and found that the sector a company operates in is a far better indicator of their pay gap than the number of people it employs.

Financial services, construction and mining have the highest pay gaps as a sector, while accommodation and food, transportation and health organisations have much smaller pay gaps.

This will make it more challenging for certain companies to address their gender pay gap in the short-term unless they also tackle broader industry-wide challenges, such as a lack of women in the sector, the pipeline of women coming through to the profession and a poor reputation on opportunities for women.

The reasons driving higher pay gaps differ between sectors. In retail organisations, the larger proportion of women in the lowest pay quartile is a key driver of the gap. Whereas, in financial services organisations the gap is primarily driven by the number of men in senior positions.

Our research shows that a company’s gender pay gap is often symptomatic of wider issues within their industry about attracting and promoting women.

This is a real challenge for companies to break as high industry-wide gender pay gaps may already be putting talented women off from joining and prospering within their organisation.

As well as having clear and robust action plans about what they’re doing in their own organisation, there is a real need for industries to come together and show they are serious about creating the right environment and culture for women to prosper.

There are some great examples of this already happening, such as the Women in Finance Charter, Diversity in Hospitality, Travel and Leisure Charter and Tech She Can Charter.”

Scale of the bonus gap challenge

PwC’s analysis found that gender bonus gaps are generally twice as high as gender pay gaps and more than 10% of companies which have disclosed have a bonus gap above 70%.

As bonus decisions are often based on more subjective decision making than pay, and linked more closely to performance, this highlights the importance of companies having robust pay infrastructure and governance in place.

The more transparency that companies can put in place around their pay and bonus decision making, the lower the risks of bias creeping into decision making.

Fairness lies right at the heart of the issue of the gender pay gap. Gender pay gap reporting is far more than just a compliance exercise, this is the chance for companies to reconnect with their people, customers and society and show that they are serious about taking action by having robust and measurable plans in place.

Having a clear sense of what fair pay means in your organisation, stating these principles clearly and supporting them with transparent action plans and pay governance could help win back trust and bring about change.

I would urge nominations for this year’s awards ceremony from women leaders in the region so we can shine a light on their massive achievements. Nomination form.

To find out more about the actions that PwC is taking to close its gender pay gap, visit https://pwc.to/2x1p5k5