YOU ARE AT: Business MK > News > If you make it, flaunt it

If you make it, flaunt it 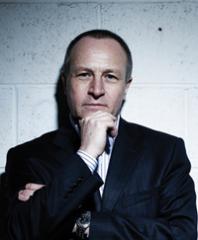 THE FALL  from grace of the banking and financial services sector has had some interesting repercussions. In particular, it has led to renewed interest in manufacturing, especially among those in government circles.
But apart from a small number of initiatives, this interest has so far manifested itself mainly in the form of warm words and the occasional visit by a government minister to manufacturers.
In practice, there’s a lot of lip service being paid to the idea of supporting UK manufacturing but few genuine measures to protect, promote or develop the sector.
Of greatest concern is the fact that there is no clear strategy for fostering the development of the manufacturing sector, especially on the world stage. Instead, we have a mismatch of short-term initiatives, often poorly thought-out and executed, and a laissez faire attitude to business where government absolves itself of responsibility.
A crucial part of the role of government is to create an environment – economic, fiscal and legislative – that underpins national prosperity and growth. It should be incumbent on all parties to agree on an apolitical strategy that supports the future of the manufacturing sector.
To be successful, such a strategy depends – among other things – on planning for the long term, not just for the next election, and on its integration at all levels of the economy from infrastructure to energy, employment and training.
In many respects, a lack of a long-term government
strategy is understandable. Long-termism in any area is simply not part of our political culture, while the confrontational nature of national politics precludes the possibility of compromise for the greater good between the current parties.
The same cannot be said, however, for the national media, for whom Britain-bashing has become almost institutionalised, and where coverage on manufacturing tends to peak only when redundancies are made.
Against such a background it is hardly surprising that we are failing to train sufficient engineers and scientists to meet the predicted demand or that consumers rarely bother to make an informed choice about where their goods are produced.
Although individually we cannot force the government to adopt a sensible strategy and instead need to work through trade bodies, we can as independent companies shout far louder about the achievements of UK manufacturing.
Indeed, it is in all our interests to emphasise the job opportunities and potential wealth creation that a successful manufacturing sector can produce.
So, if you are involved in UK manufacturing and only do one thing each day, make it your goal to promote the sector – it’s simple and takes just seconds. Blog, tweet, text, post on Facebook or tell your friends in the pub – if nothing else it is a good excuse for a beer… as long as it is brewed in the UK.