YOU ARE AT: Business MK > Education > If you don’t ask, you don’t get 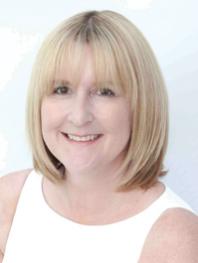 SKILLS shortages for British business are, according to the British Chambers of Commerce Quarterly Economic Survey, “reaching critical levels.

My question to those companies would be, precisely what are you doing about it?

I went to an event recently organised by Alpha Club in Milton Keynes which describes itself as an, “exclusive club [which] combines business driven networking events with a socially compatible and like-minded membership.”

At the event held at The Brasserie, Milton Keynes College’s own public restaurant, food was provided by Michelin-starred chef Adam Simmonds who had been working all day with catering students from Milton Keynes College. The results were spectacular and it was obviously a fabulous learning experience for our young people.

However, on top of that, it’s interesting to note that chef Adam himself told me he had also learned from the experience, both in terms of how much our students already knew about the trade and the elements he assumed they would know and they didn’t.

I wasn’t surprised, because it’s the kind of thing I hear from employers every day of the week.

Once again it brought home to me just how easily organisations with creativity and imagination can provide opportunities for students and for themselves.

Every day, working at Milton Keynes College, I speak to employers who have specific needs which we can meet. Every day I talk to managers who are frankly gobsmacked at the degree to which they can shape the experiences, skills and qualifications that students, apprentices and other young people (and some not so young) can learn, and how moulding that education and training makes them the perfect workforce for the future of that business.

The other side of the coin is that every day I hear the same excuses from local business that in spite of the lack of skilled people available to them they don’t have the time to engage with us to help solve their problem.

How much time and money is wasted in those businesses making square pegs fit into round holes, trying to train people internally without the expertise to do it? Meanwhile, we in education are banging our heads against their doors saying “We can help if you’ll only talk to us!”

In the absence of this simple communication, we are left to try to shape the qualifications we provide based on statistical research and hindsight. It’s little wonder businesses don’t get the people they need if they’re not prepared to ask for help to train them. Collaboration means we will do a better job of providing the skills, equipping staff before they even join your organisation with the tools you need.

Take the example of the Institute for Digital Technology which Milton Keynes College hopes to open at the historic Bletchley Park code-breaking centre. Having been shortlisted, the college is currently waiting to hear if the project is to receive significant funding from government.

Thousands of young people will pass through those celebrated doors accruing skills which see them and their eventual employers grab the new digital world by the scruff of the neck and start to mould it rather than being helplessly formed by it. Every single one of those learners will do work which has been specifically included on the curriculum because it’s what someone in business has said they need.

We’ve got over 40 employer partners now, wanting to help us do that in order to supply the skills they need; there are far more who haven’t yet. How much more of an open door do people want?

Organisations we do work with are from every conceivable field from the Foreign Office to Volkswagen via Microsoft, not to mention the hundreds of smaller local concerns from owner managed micro businesses upwards. These are organisations which understand business efficiency and expect high standards from the people who work for them.

So the next time you are lamenting the lack of skilled workers available to recruit, don’t just blame the education system but just pick up the phone to your local FE College. Tell them what you need and they’ll tell you how they can help.

They won’t waste your time with rigid pre-set curricula; instead they’ll try to work out with you who it is you really need and how to train them accordingly.

It might take a bit of tenacity on your part, too and of course, you could just keep on moaning and being continually disappointed by the calibre of recruits you can find on the open market.

You could… but why would you?