YOU ARE AT: Business MK > News > Hotels cheer as occupancy rises 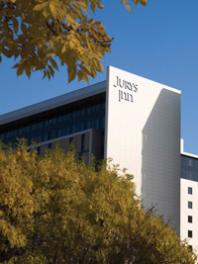 Occupancy increased from 79% to 82% in July and are forecast to rise a further 3% next year, due in part to the London 2012 Olympics.
Leisure sector analysts at business advisers PwC say the average daily rate for hotel rooms in Milton Keynes rose slightly to £65 in July, up from £58 in the same month last year. Revenue per room also rose slightly, to £53 in July from £46 for the same month in 2010.
Milton Keynes was one of just six UK towns and cities outside London to see growth in occupancy rates, the average daily rate and revenue per room. The others were Brighton, Glasgow, Manchester, Nottingham and York.
Matthew Mullins, partner and hospitality and leisure sector expert at PwC’s Milton Keynes office, said: “It is good to see that occupancy rates and ADR and RevPAR rates are on the climb in Milton Keynes. This will be a welcome boost for local hoteliers and leisure sector investors who have experienced difficult trading conditions as a result of the downturn.
“While London has been leading the sector’s recovery to date, 2012 should be a better year for hoteliers outside the capital too. To some extent, the Olympic uplift will also be felt locally.”
In the run-up to the Olympics, a large amount of additional supply is coming on line in the capital, bringing new names and brands to the scene. For the remainder of 2011 and 2012, around 6,000 rooms are expected to open in London.
Mr Mullins said: “London needed an injection of stylish new products and this has strengthened the capital’s appeal. While it is early days, there are signs that this focus on luxury, high-end supply could also be beginning to have a positive effect on the hotel landscape in Milton Keynes.”