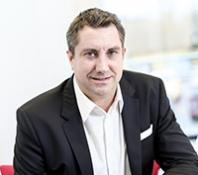 The company is calling on businesses to play their part in developing the sector’s future leaders and says that more than 300,000 workers in the industry are considering leaving the UK as a result of Brexit.
Domino’s, whose head office is at West Ashland, has launched its own leadership development programme TeamSkills in a bid to encourage people into the sector and to develop careers within it.
Chief operating officer Simon Wallis said: “We must look at what more we could be doing to harness this talent, helping to plug the inevitable labour gap the hospitality industry faces as the UK moves closer to Brexit.
"The government has a critical role to play in avoiding an exodus of EU workers from the sector but companies must also do more to nurture home-grown talent.”
The UK hospitality sector needs to recruit and train more than 200,000 workers a year just to stand still, a labour pool equivalent to a town the size of Luton, where Domino’s opened its first UK store in 1985.
Domino’s says the figure could increase significantly – it fears that around 330,000 EU workers in the industry are thinking of leaving the UK due to Brexit and with the effective end of free movement.
The company wants young people to consider team leadership roles within the hospitality sector and has already trained more than 18,000 people. Mr Wallis said: “Government and business should work together to ensure we are doing the best we can to retain and support the leaders of tomorrow.”
Domino’s employs around 35,000 staff in more than 1,000 stores in the UK and plans to create 21,000 new jobs in the next few years in new stores.
Mr Wallis was speaking as Domino’s announced the results of its Leadership Index study, drawn from official government data, which ranks the UK’s 60 most economically important towns and cities in terms of leadership. Smaller towns and cities outperform the bigger economic centres, according to the analysis conducted by the Centre for Economics and Business Research.

Milton Keynes is ranked tenth in the list, which is headed by Aldershot, Crawley and Oxford.