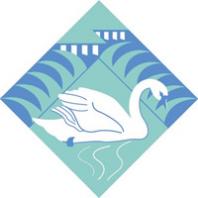 The economic downturn has seen the income from donations on which the hospice relies fall.

The situation has prompted a renewed appeal to individuals and organisations for help. Willen Hospice relies on generous individuals and organisations to donate enough to cover 75% of its running costs, with the other 25% coming from the NHS.
Although the Hospice has financial reserves to ensure it can continue in the short term without reducing services, its investments, like everyone else’s, have fallen in value.
Last year more than 400 terminally ill people were cared for by the Hospice and support offered to their families. If the drop in donations continued, it could result in reduced services to people facing life threatening illness, something the Hospice is keen to avoid.
Chief executive Paul Hinson said: “We realise this is a difficult time financially for everyone and all donations are appreciated, large or small.  Local generosity has enabled the Hospice to provide essential care in Milton Keynes for over 28 years.  We know that with public support we can survive this difficult time and continue to play our part in the community.”
The Hospice is taking several measures to try to improve its financial situation.  It is undertaking an economy drive to cut costs, where possible, without compromising patient care and have made their NHS funders aware of the situation.
They also have a big new event, the MK Midnight Moo, planned for July and are planning a mass staff parachute jump in May to raise additional income.
For further information about how you can support the Hospice, call 01908 663636 or visit www.willen-hospice.org.uk.